"Stranger Things" has finally returned to our TV screens for its highly anticipated fourth season. After a three-year hiatus, we can't wait to catch up with the cast — Millie Bobby Brown, Finn Wolfhard, Gaten Matarazzo, Noah Schnapp, and Caleb McLaughlin — again. And it seems like they've missed fans just as much, considering all the behind-the-scenes photos they've posted on social media.

The sad part about the return of "Stranger Things" is that the show is slowly inching closer to its fifth and final season. "It feels like the organic lifespan of this particular story with these particular characters, and we want to stick the landing, and we don't want to overstay our welcome," director Shawn Levy told The Wrap.

The cast shed a few tears when they learned that the show was coming to an end. "So, they put out this letter, and it was like, 'The show's ending, that's it. This is the beginning of the end.' And I read it, and I was just bawling. I was so upset," Schnapp, who plays Will Byers, revealed during an appearance on "The Tonight Show Starring Jimmy Fallon." "I texted Millie — my castmate, who plays Eleven. And she was like, 'You're crying, too?' Like, 'So am I.' And then she texted Gaten, who also plays Dustin, and he was like, 'I'm crying, too.'"

A season five conclusion may make sense, but we're not ready to say farewell to the show. However, we still have a two-volume season and memories with the cast to enjoy before then. Now that the first part of "Stranger Things" season four is out on Netflix, take a look at all of the cast's goofy offscreen moments that didn't make it into the show. 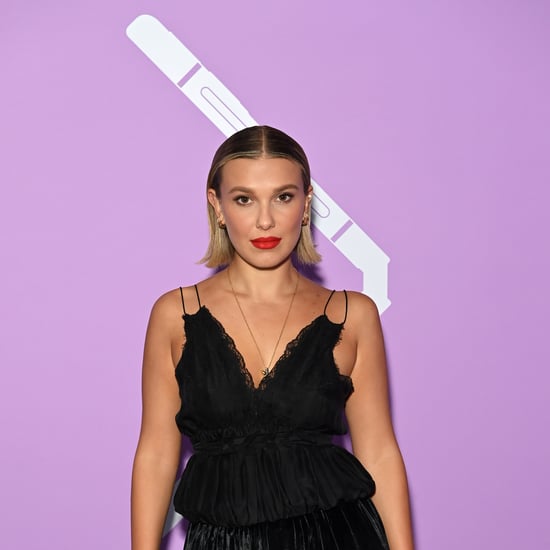 Lori Harvey
Lori Harvey Rocks a Sheer, Tiger-Print Catsuit For a Night Out
by Shelcy Joseph 13 hours ago