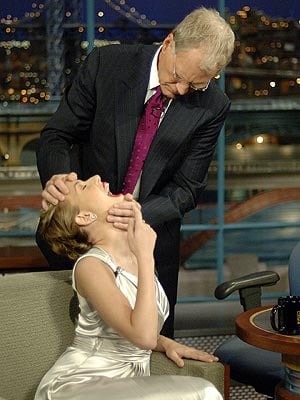 Scarlett looked stunning on Letterman the other night. She spoke about having to get her wisdom teeth removed and getting bruised up from a birthday lap dance when she and her brother went out to celebrate her 21st birthday. 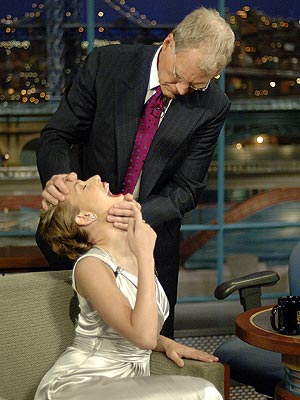 In other Scarlett news, she is denying diva like demands that Andrew Lloyd Webber is reporting since she is no longer involved in his production of The Sound of Music. Apparently Scarlett was going to star in the West End production as Maria von Trapp this November. Here's more: 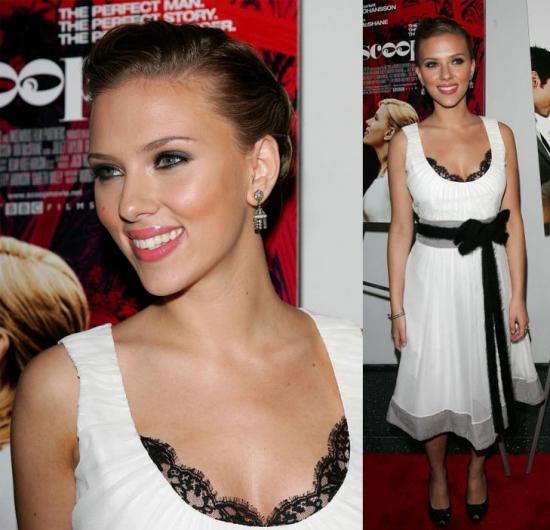 "Her people were not 'pro' the idea. It became clear that it wasn't going to work because the demands were so ridiculous," Lloyd Webber was quoted as saying in The Times newspaper.

He said Johansson's representatives "couldn't understand why she would want to appear in the West End for $18,500 a week when she could be earning $10 million for a movie."

"It is true that there were some discussions regarding Scarlett and the production of `The Sound of Music.' But Mr. Webber's statement regarding the demands is extremely exaggerated," Parisbeau said in a statement. "Her management team was simply asking for terms that an actress of her stature would ask for."

The role of Maria will now be filled by an actress chosen on a new British reality TV show. Fans don't need to worry about a lack of Scarlett. Her new movie Scoop opens this Friday.