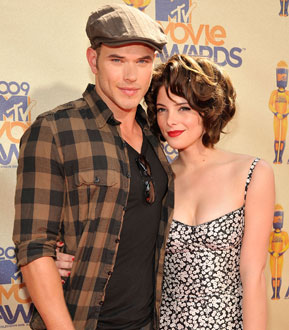 We already heard about how much fun Twi-Con was from Peter Facinelli, and now more conventions are being planned for all over the country. Summit Entertainment announced they're hosting events that will include screenings, theme parties and panel discussions over the next three years at various locations.

Kellan Lutz, Ashley Greene and Catherine Hardwicke have already signed up to speak at the first event on August 28 in New Jersey, although no word yet if Robert Pattinson or Kristen Stewart will be in attendance. With so many opportunities to meet some of the Twilight cast, we want to know — would you attend a convention?