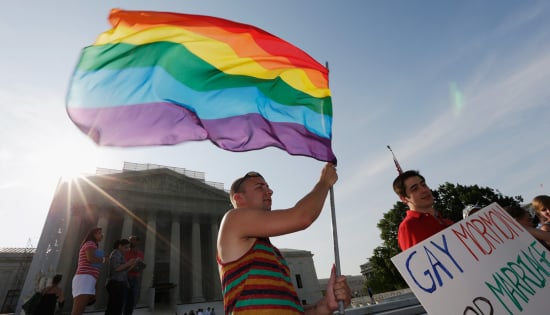 The other case, from California, challenges Proposition 8, a ban on same-sex marriage that came after the state had already legalized unions through its court system. By a 5-4 vote, the justices held with a previous ruling that the anti same-sex marriage activists who put Proposition 8 on the ballot in 2008 did not have the constitutional authority to defend the law in federal courts after the state refused to appeal its loss at trial. Today was the last day of the term for the Supreme Court and the final day they can make a ruling on the two important cases for this term.

Politics
Kamala Harris Addresses Derek Chauvin Verdict: Racial Injustice "Is a Problem For Every American"
by Yerin Kim 1 day ago