Tara was the last to find out she will not be staring opposite Robert De Niro. Apparently she got a phone call on Saturday night while partying at the Delano in Miami saying she'd been cast in a movie, and Bobby would be her co-star. R&M reports Tara was "jumping up and down and screaming. It's all she talked about all week. She told so many people out there! Her assistant even made a toast for her at the Blue Door, congratulating her on getting the movie." Too bad De Niro was never attached and his spokesperson was quick to issue a denial: "He's not involved. It's not true." Oops! Poor Tara thought she landed a real deal. Sadly the actress remains better known for her drinking and many nip slips. 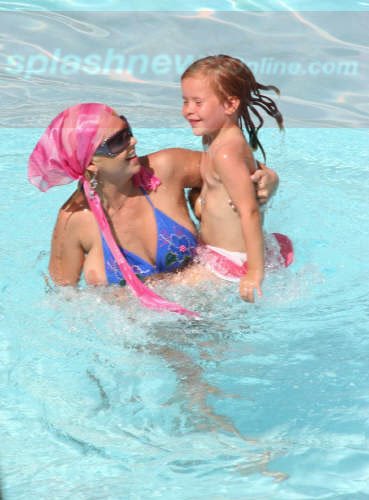