Taylor Lautner and Patrick Schwarzenegger played a game of touch football with several other friends in Calabasas, CA, over the weekend. Taylor and Patrick have a friend in common: Taylor Swift. Lautner and Swift dated in 2009, and Swift was connected to Patrick over the Summer. It later came out that Swift was an item with Patrick's cousin Conor Kennedy. That relationship has since fizzled with Swift most recently stepping out with One Direction's Harry Styles.

Taylor Swift isn't the only commonality that Lautner and Patrick have — the guys filmed Grown Ups 2 together over the Summer. Patrick reportedly plays Lautner's frat brother in the film, which will open in 2013. Even though work on their new movie has wrapped, it looks like Lautner and Schwarzenegger have remained friends and football buddies. 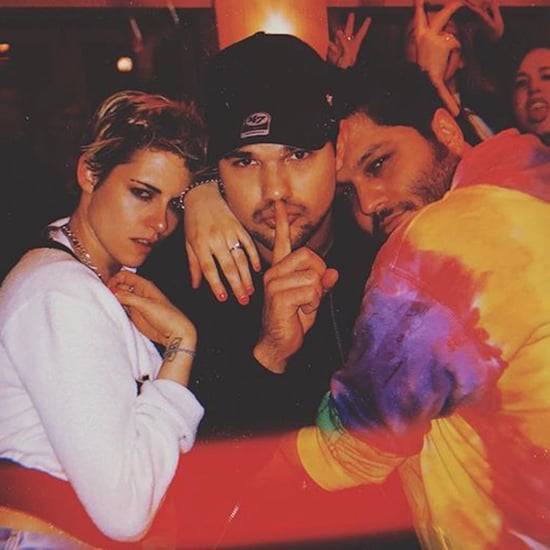 Celebrity Instagrams
Kristen Stewart and Taylor Lautner Reunited, and We're Struggling to Keep It Together
by Monica Sisavat 2/14/19