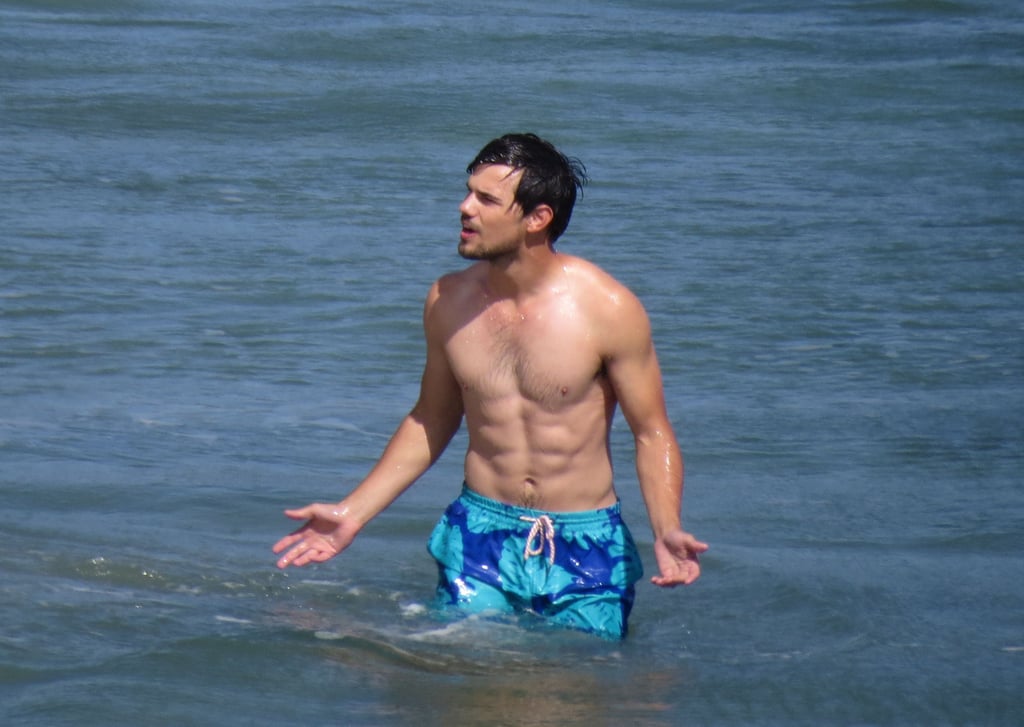 Taylor Lautner May Be Done With Twilight, but He's Still Hot Shirtless

Taylor Lautner went shirtless on the set of his newest project, Run the Tide, in LA on Tuesday. He gave us a glimpse of his Summer physique as he waded in the water and did handstands on the beach. It was a pleasant surprise, as we haven't seen much of Taylor since last year, when he was photographed filming Tracers in NYC. The action flick, which is scheduled to be released later this year, is also how Taylor met and started dating his costar Marie Avgeropoulos. Run the Tide, which stirred negotiation rumors back in April, is still in the very early stages of production; hopefully that means we will see more shirtless beach scenes, especially since we got so spoiled during all those Twilight films. Keep scrolling to see the hot pictures from Taylor's day on the set, and if that's not enough, check out all of these shirtless hotties at every age.

Previous Next Start Slideshow
Taylor LautnerShirtlessStars On The Set

Disney
Halle Bailey Reflects on Her Little Mermaid Experience as Filming Wraps: "I'm So Grateful"
by Monica Sisavat 1 week ago