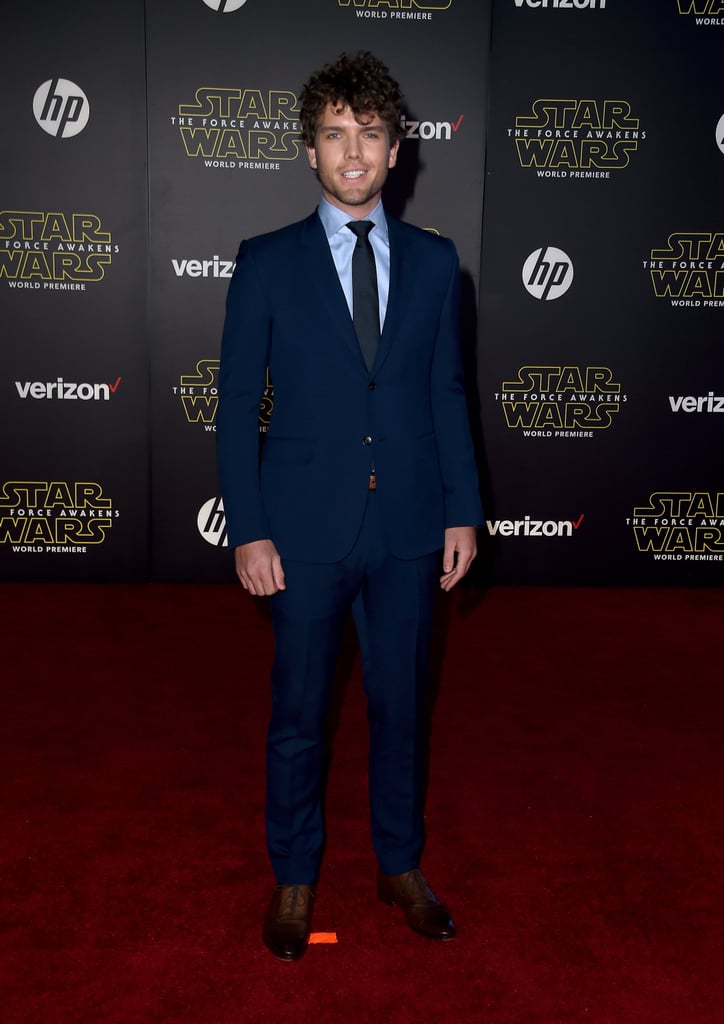 It's no secret that Taylor Swift has a hot younger brother, and even though we rarely get a glimpse of him, his latest appearance will surely leave you gasping for air. On Monday, 23-year-old Austin Swift made an appearance at the Star Wars: The Force Awakens premiere in LA, looking more handsome than ever. Austin donned a blue tux for the event, which also included a special appearance by Joe Manganiello and his gorgeous wife, Sofia Vergara. Missing from the fun, though, was Taylor, who rang in her 26th birthday just a day ago.

Of course, this isn't the first time we've seen Austin. He's made a handful of appearances with Taylor, including at this year's Billboard Music Awards and MTV VMAs. Keep reading to see more photos of the handsome stud, then check out an adorable throwback photo of him and Taylor.