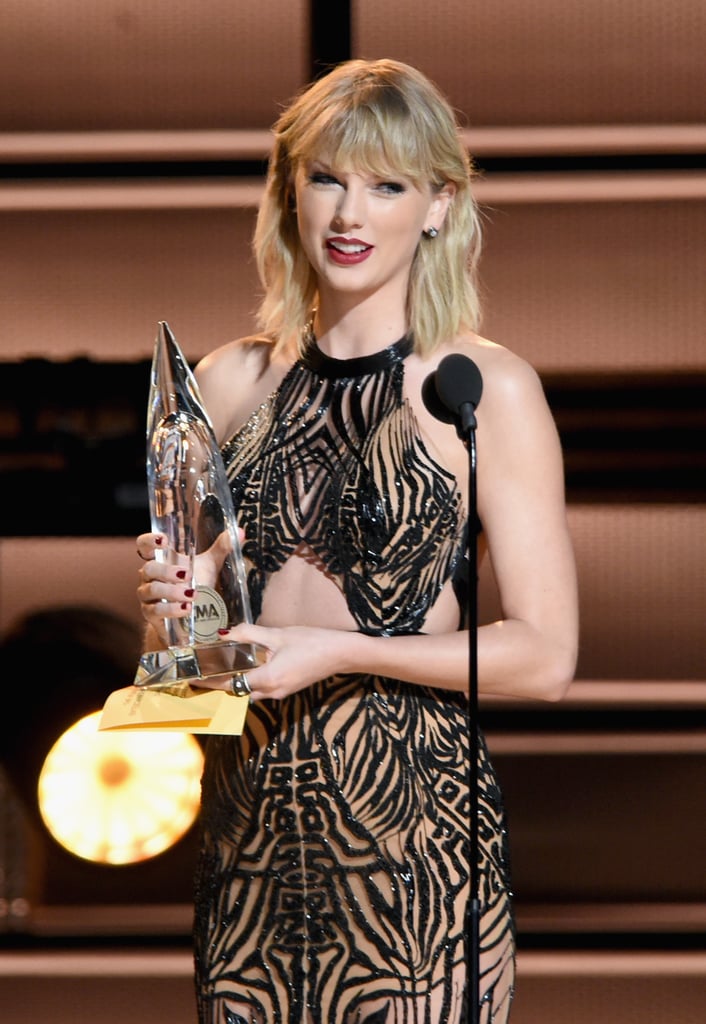 Taylor Swift returned to country music for one night as she attended the CMA Awards on Wednesday night. The former country star stunned in a black cutout dress as she took to the stage to present Garth Brooks with the entertainer of the year award, an honor she's received twice. As the CMAs celebrate their 50th anniversary, this year also holds some special significance to Taylor as her self-titled debut album turns 10 years old! My, how far she's come since crooning "Tim McGraw" on her studded guitar.

by Noelle Devoe 36 minutes ago

by Danielle Jackson 46 minutes ago