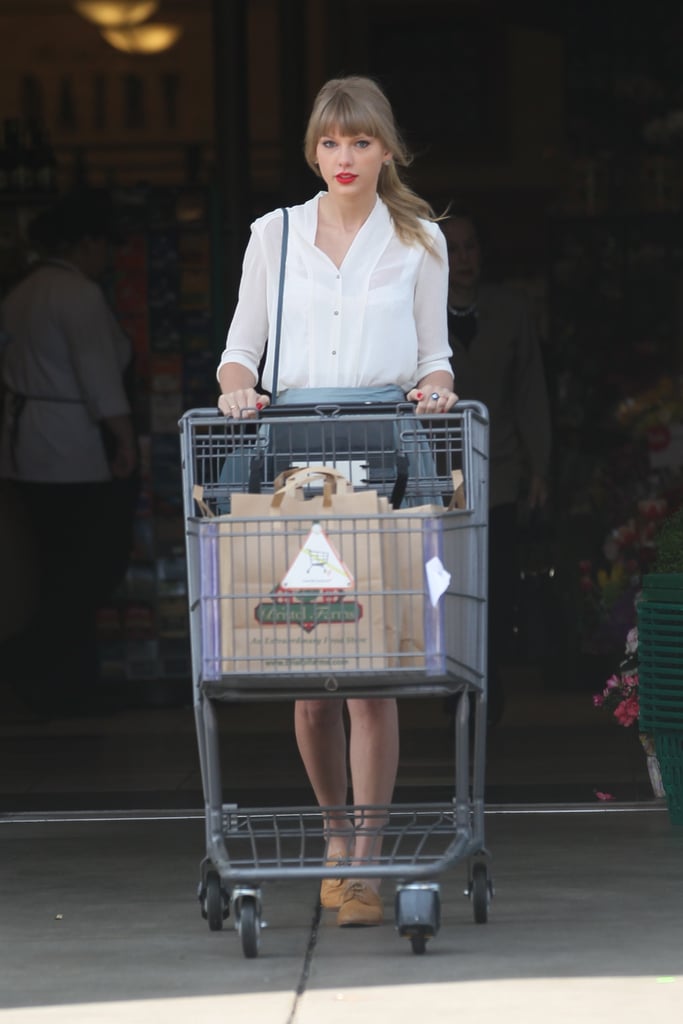 Taylor Swift shopped for groceries at Bristol Farms in LA yesterday. She wore a white button-down tucked into a high-waisted denim skirt for the outing. The singer pursed her red lips as she made her way to the car but gave a slight smile while loading her groceries. Taylor squeezed in the food run between various music, television, and fashion projects. On Monday, Keds introduced a Taylor Swift footwear collection that is inspired by her favorite things. Last week, Taylor also revealed she will be a guest star on the May 14 season finale of New Girl. Additionally, Taylor will perform at the 2013 Billboard Music Awards, which will air live on ABC on May 19.

Previous Next Start Slideshow
Taylor Swift
Around The Web