Taylor Lautner continued shooting Abduction yesterday in Pittsburgh and even peeked behind the camera with director John Singleton. The actor has been working hard all Summer, promoting Eclipse and putting the motorcycle skills he picked up during the movie to good use in his new, action-packed thriller. Despite Taylor's busy schedule, he has reportedly found time to reunite with his former hometown girlfriend, Sarah Hicks. He also has plenty of onscreen romance in his future, reprising his role as Jacob in both upcoming installments of Breaking Dawn — check out our exclusive interview with screenwriter Melissa Rosenberg for a hint at what we can expect from the films! 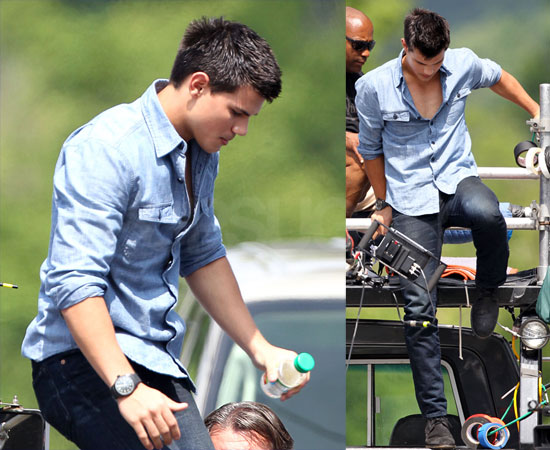