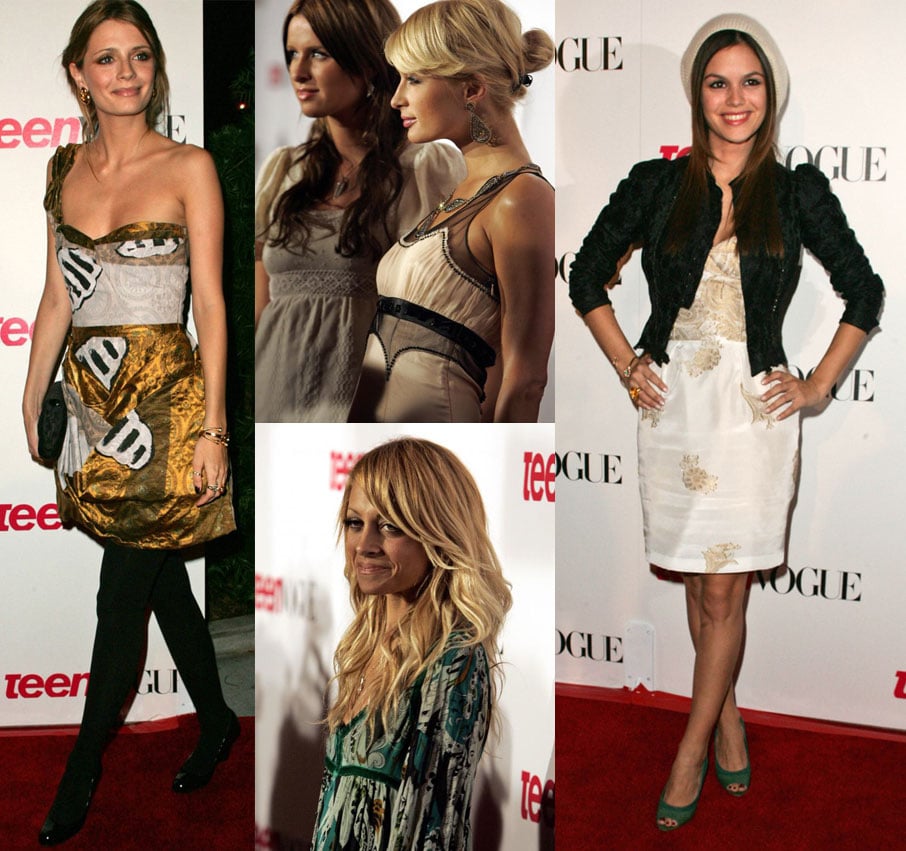 Mischa, Paris, Nicole, Nicky, and Rachel were just a few of the starlets at the Teen Vogue party Wednesday night. Apparently the red carpet drama included Paris and Nicky hanging behind to avoid arch nemesis Nicole Richie. Rumor is Paris was also getting cozy with Stavros again. Here's more:

Ironically, it was last year's Teen Vogue bash that marked their public debut as a couple.

While they arrived separately at Wednesday's event, they left together and sources told Access Hollywood Paris and Stavros were seen later that night making out at Hyde Lounge in West Hollywood.

While at the Teen Vogue party, where she was busy making time for Stavros, Paris was also reportedly busy avoiding ex BFF Nicole Richie, who was also in attendance.

Access was told the two hung out on different sides of the room the entire night. Since their falling out, the Teen Vogue party was one of the rare events where the two have been present at the same time.

Ugh. Paris and Stavros again. We are so over them as a couple. Besides, wasn't she supposed to be celibate or kissing Travis Barker? Who can seriously keep track anymore. Lots more pics of Nicole, Paris, Mischa Barton, Emmy Rossum, Kim Kardashian, Amber Tamblyn, Michelle Trachtenberg and more so read more