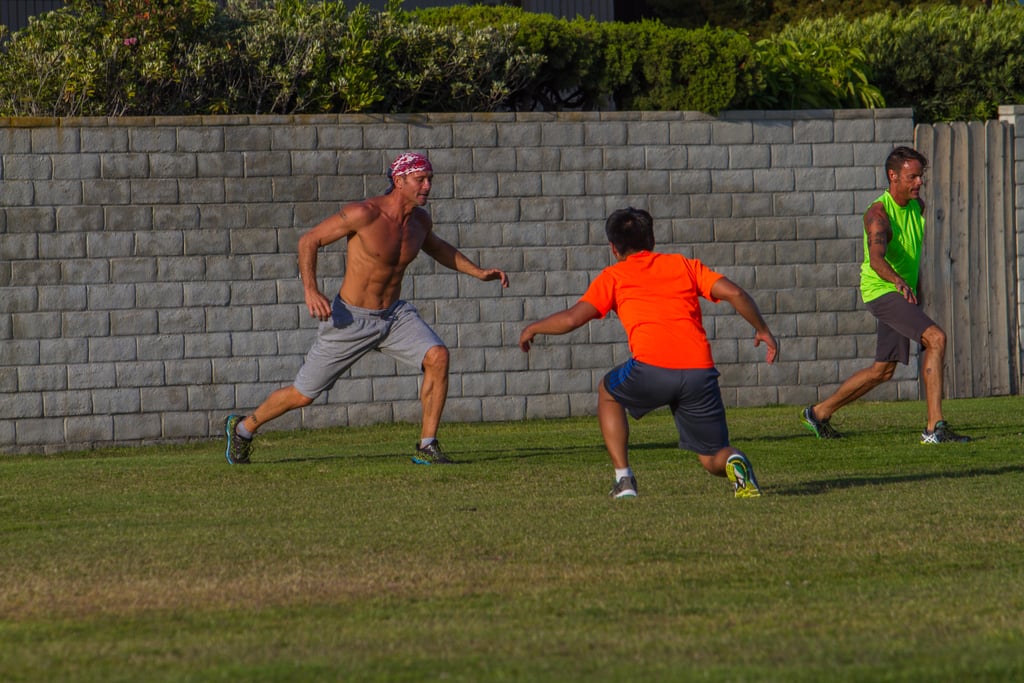 Tim McGraw broke a sweat during a serious workout in San Diego, CA, on Wednesday. The country star and a group of pals did push-ups and running drills, even showing off their handstand skills against a wall. Tim's impressive shirtless body was on display during the session, as was his sweet "Faith" arm tattoo, honoring his wife, Faith Hill. The outdoor workout came just before Tim took the stage for a private concert for restaurant chain, Zaxby's, at the Hotel del Coronado. The party's guests weren't the only ones who enjoyed the show — since the setup was on the sand, plenty of beachgoers got to watch Tim sing his stuff too. Tim may have kept the fun going until the end of the week, since Friday marked his 49th birthday!

Previous Next Start Slideshow
Tim McGrawShirtless
Around The Web