Tina Fey is kicking off 2009 in a big way with the January cover of Vanity Fair. She got all dressed up in red, white, and blue to honor her newfound political stardom and was happy to talk about what it was like playing and meeting Sarah Palin. The election wasn't the only thing on the 30 Rock creator's mind as she sat down with the magazine to chat about her upbringing, having more kids with her professional and personal partner Jeff Richmond, and even Lindsay Lohan. Here's more: 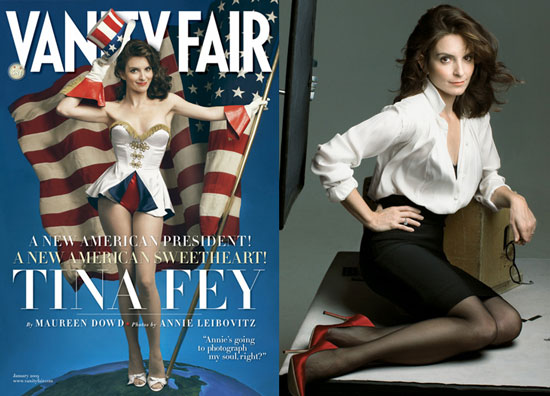 To see what Tina thinks about her ability to wear leopard print and strip clubs just read more.

With her multiple Emmy wins and successful show, Tina has had an incredible past 12 months — and even Barbara Walters, who put Tina on her Most Fascinating Person of 2008 list, agrees. Now that Tina's in control of her career more than ever, we can't wait to see what she comes up with next.

Tina FeyVanity Fair
Around The Web