Tom Brady put on a Patriots jersey for a press conference about Super Bowl XLVI in Indianapolis yesterday. He was back in front of the cameras today to talk about the big game with a few teammates and head coach Bill Belichick. While Tom is prepping for Sunday's matchup against the NY Giants, his wife Gisele Bundchen has been sticking close to home in Boston. She's been spotted running errands and picking up groceries, though she should soon be making the trip to Indiana to cheer on her man. Gisele traveled to Arizona for the 2008 Super Bowl, which Tom lost to Eli Manning and the Giants. Tom and Eli will go head to head again this Sunday, but the football day isn't just about what happens on the field. There are plenty of exciting commercials to look forward to including David Beckham's underwear ad for H&M and Adriana Lima's lingerie spot for Kia. 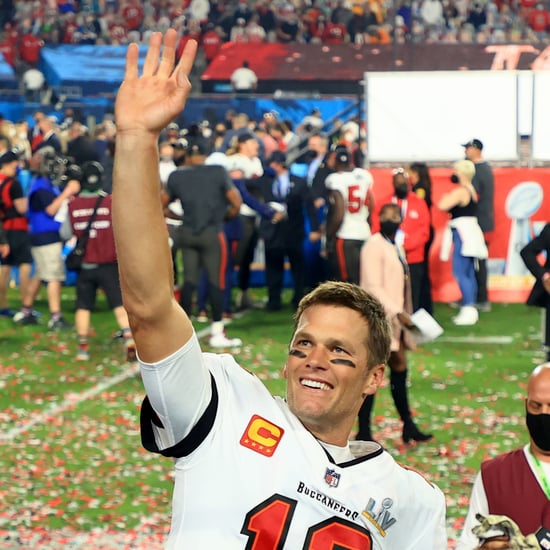 Tom Brady
Tom Brady Announces He's No Longer Retiring From the NFL: "My Place Is Still on the Field"
by Princess Gabbara 3/14