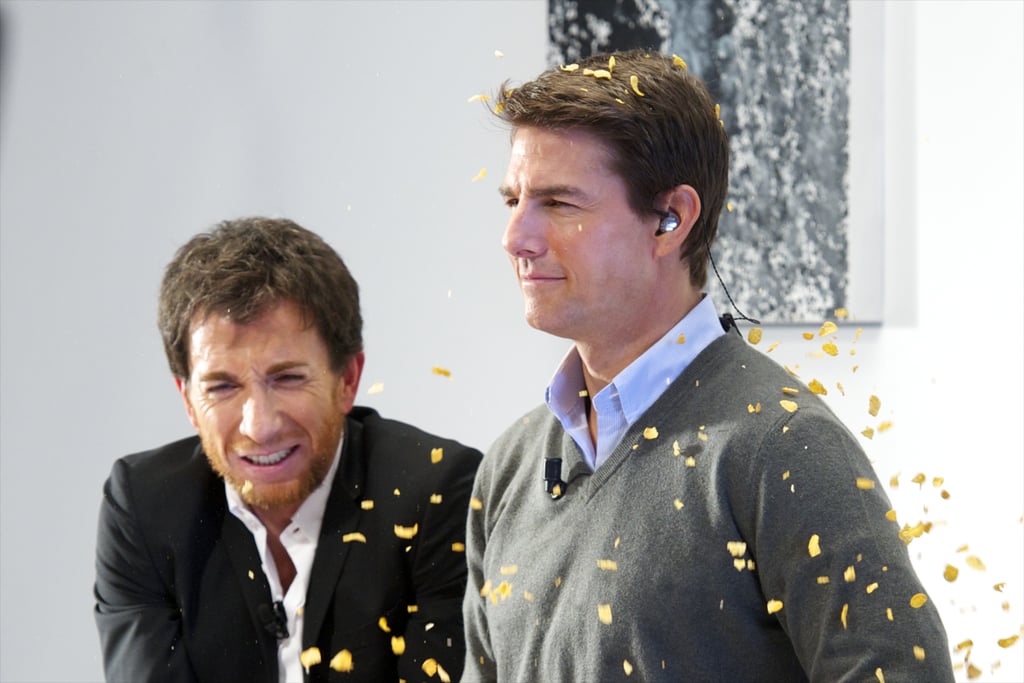 Tom Cruise swung by the set of the Spanish show El Hormiguero Thursday in Madrid. He joked around with the host and participated in some of their signature tricks, throwing food into the air with the host. Tom had time to visit the program while in Spain promoting Jack Reacher with costar Rosamund Pike. The night before, Tom and Rosamund hit the red carpet for the Madrid premiere of Jack Reacher. The movie isn't out in the US until next Friday, Dec. 21, and Tom's got more promotional work ahead.

Tom was due in Pittsburgh, where he filmed the movie, for the US premiere today, but the Jack Reacher premiere was canceled. Due to the school shooting in Connecticut, Paramount decided not to go ahead with the event. The studio said, "Due to the terrible tragedy in Newtown, Connecticut, and out of honor and respect for the families of the victims whose lives were senselessly taken, we are postponing tomorrow's Pittsburgh premiere of Jack Reacher. Our hearts go out to all those who lost loved ones."

Previous Next Start Slideshow
Tom Cruise
Around The Web