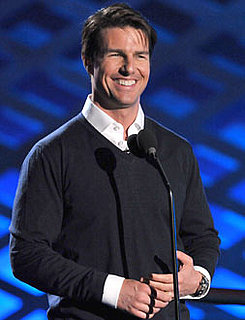 Tom Cruise surprised Matt Lauer today at his Friars Club roast. Tom got in on the fun, joking that he and Matt are close friends now and that Matt is the one who told him to act crazy on their infamous Today Show argument. Tom's been working toward changing his public image with his appearance on Oprah and his well-received comedic role for Tropic Thunder, but do you think he's on the road to redeeming himself?