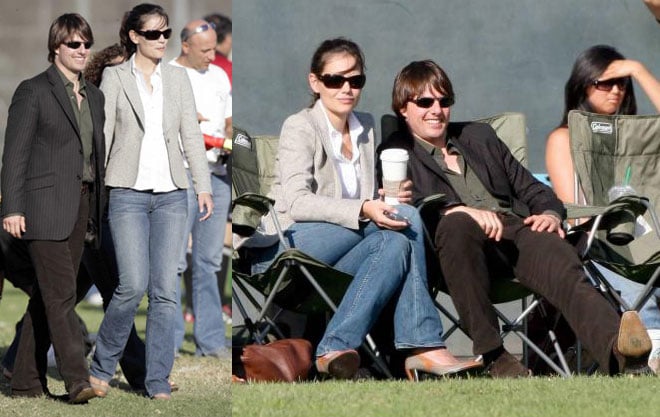 I guess we know the summer is over. Katie and Tom have returned to their other job as supportive parents during the fall soccer season. Katie is looking fabulous again. She is clearly more relaxed now that Suri has been outed and the baby weight has been shed. Of course it could also be the very lucrative deal her soon to be husband just scored. Page Six reports, 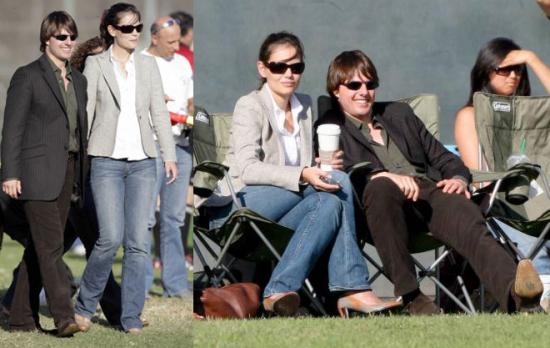 Not only did Snyder give Cruise and his producing partner, Paula Wagner, $3 million for office overhead in return for a "first look" at their projects, he's also committed $200 million to finance their future films. Cruise and his family cemented the deal by hanging out with Snyder at his house in Potomac, Md., going to a Redskins game and to the Six Flags amusement park, which was closed to the public during their visit.

I guess Crazy Cruise ain't so crazy. He has been working overtime on his image makeover. Looks like things are turning around for him. Lots more pics of Katie and Tom so read more