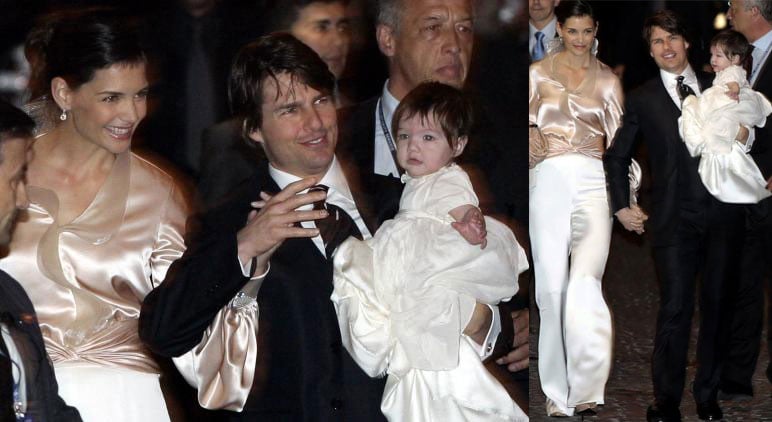 Tom and Katie are causing quite the frenzy as they're getting ready for their Italian wedding. Apparently this craziness caused a little car crash when the soon-to-be Mr. and Mrs. Cruise left their fabulous hotel the Hassler and were heading to their rehearsal dinner at Nino. All are doing fine despite the accident. Life & Style reports:

“Tom and Katie sped off down a little alley, and there was a tiny silver Mini parked on the right-hand side of the alley,” says the witness. “The Mini was starting to pull out as the TomKat car was speeding down the alley. Tom’s car hit the front left-hand bumper.”

The collision left a deep foot-long scratch on the vehicle. The Mini’s driver, an Italian man in his early 30s, was visibly upset but unharmed. Says the witness, “He just had this look on his face like ‘I'm just trying to drive here!’"

When Life & Style approached the man, he responded in English with a strong Italian accent, “I'm OK. I don't know what happened. This crazy world.”

Sounds like a scene out of MI3. Luckily no one even looks shook up at all. They must be in their own little wedding bliss world right now as they count down to their big day. More pics of Tom, Katie and Suri so read more