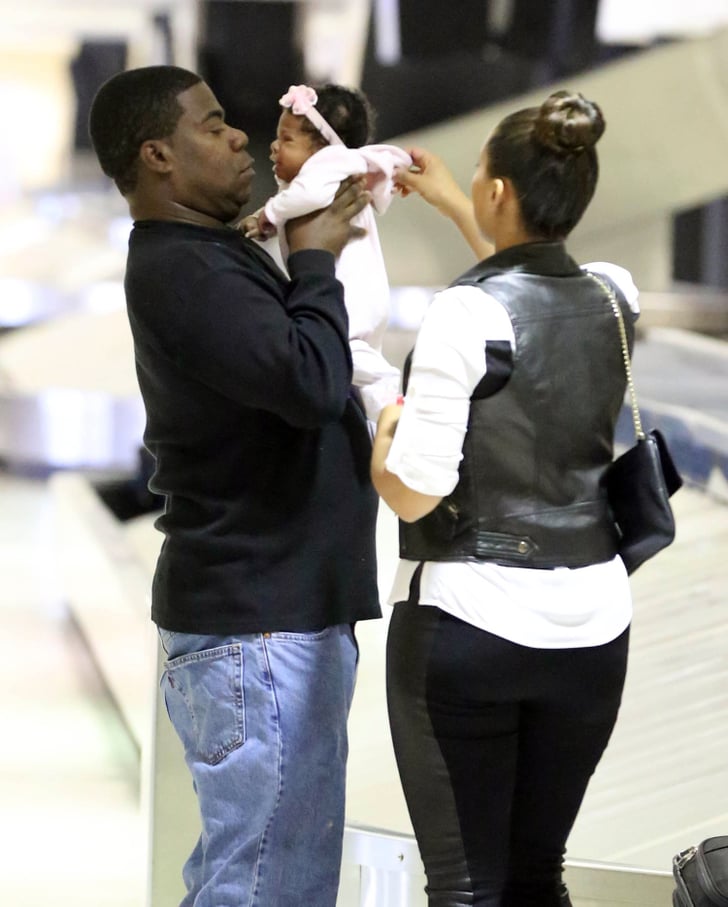 Tracy Morgan and his fiancée, Megan Wollover, arrived at LAX with their new baby girl, Maven, on Monday. The couple cuddled up to their little one while standing at baggage claim, with Maven wearing a pink outfit and a matching headband. It's been a big year for Tracy, who said goodbye to his long-running show 30 Rock when it came to an end this past January. That same month, he and Megan announced that they were expecting, and Maven was born this Summer on July 2. Tracy shared the first picture of Maven in early August, showing the cute little one wearing a floral headband at two weeks. She's the first child for the couple, and the fourth child for Tracy, who has three older sons from a previous marriage.

Tracy has a big week in LA ahead of him, too, since it is the final time that 30 Rock will be up for Emmy Awards. Don't forget to fill in your Emmys Ballot and vote on whether you think Tracy, Tina, Alex, and company will be walking home with statues one last time.