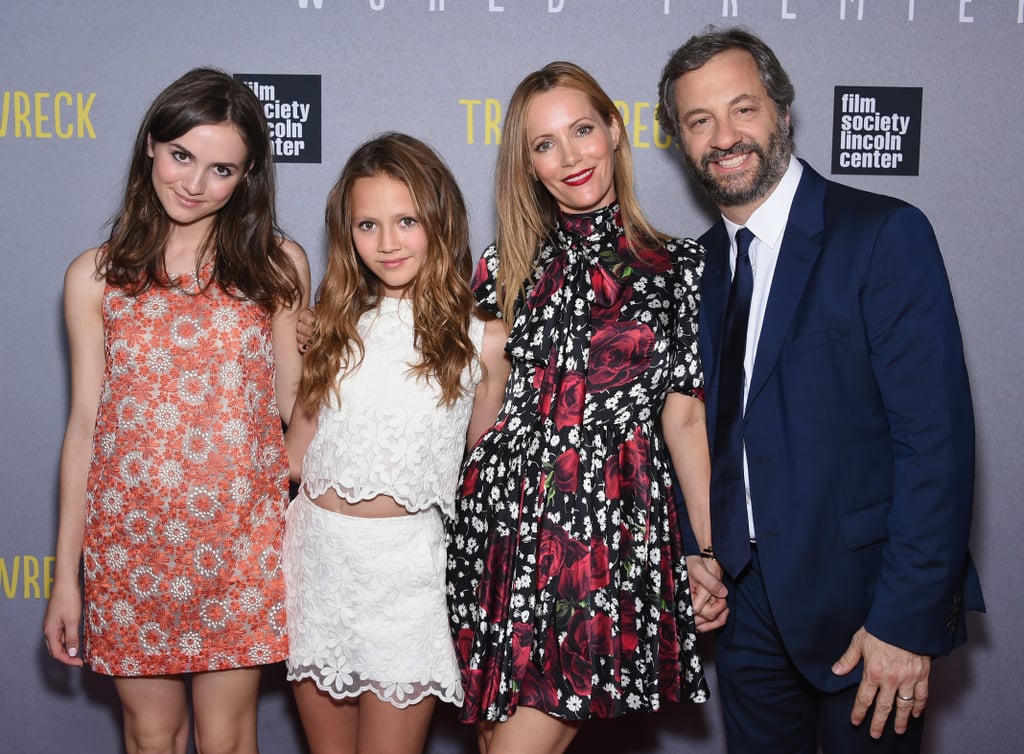 The two little girls from This Is 40 are all grown up! Judd Apatow and Leslie Mann made the New York City premiere of Trainwreck a family affair on July 14 when they brought along their two beautiful daughters, Maude and Iris. The family of four walked the red carpet together at Alice Tully Hall, and the girls quickly stole the show. Maude, whose impressive acting skills were most recently seen in the last season of Girls, looked more grown up than ever in a cute floral dress. Iris, who attended the MTV Movie Awards with her famous dad back in April, looked like the spitting image of her hilarious mom.

The movie's stars, Amy Schumer and Bill Hader, also made appearances, with Amy showing some serious skin in a sexy black dress. Other celebrities in attendance included Zosia Mamet, Brie Larson, LeBron James, and Marisa Tomei. Keep reading to see more photos from the big premiere, and then find out if your date is a trainwreck directly from Amy herself.