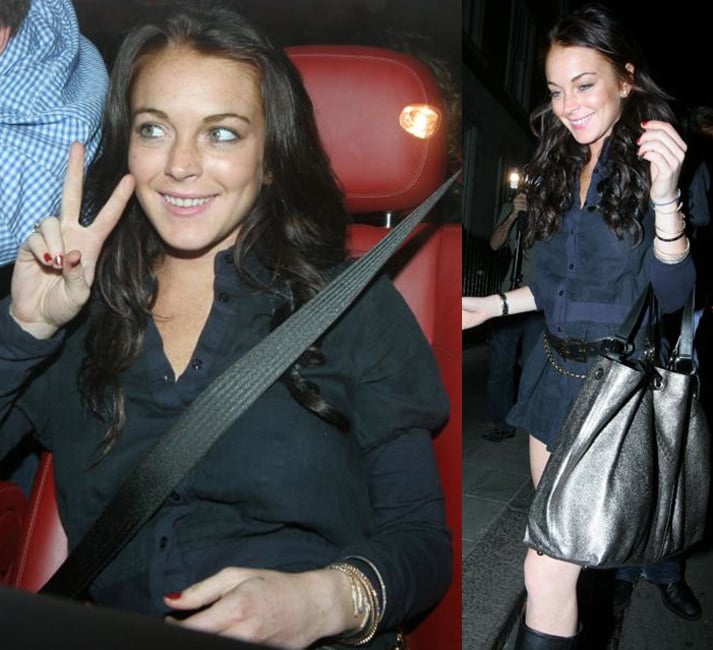 Trouble in Paradise for Lindsay

Ms. Lohan and her boyfriend may have hit a rough patch. The two were parading around Venice together last week looking super happy, and even lead us to believe they may be engaged, but now we hear about their fighting. Sunday night the two were at a party where LL flirted with the DJ all night long. Needless to say, Harry was not happy. Here's more: He told the Herbie Fully Loaded star off for "not paying him enough attention" while she hit back, telling him that he had to stop "being so insecure".

A stunned partygoer reveals: "When they arrived at the bash, they were chatting to everyone. But once in the Boujis tent, Lindsay made a beeline for Sam.

"She soon got carried away and she and Sam ended up DJing together. Then she began stroking his back and being really playful. At one stage, they even swapped numbers!" Meanwhile, Harry had a face like thunder.

"He kept trying to drag her away," says a fellow reveller. "In the end, Lindsay got so fed up with him that she went out to the balcony, had a blazing row and gave him a mouthful... then she went back to flirting with Sam."

Summer has come to an end, so maybe this summer romance is on it's way out as well. Lots more pics of LL so read more

Previous Next Start Slideshow
Lindsay LohanHarry Morton
Around The Web