US Weekly is defending their cover and Today show announcement about Jen and Vince's engagement. They are calling total BS on Aniston's rep Stephen Huvane who just denied this morning's reports. In fact, US goes as far as to give us detailed examples as to how he has lied in the past. Take a look: 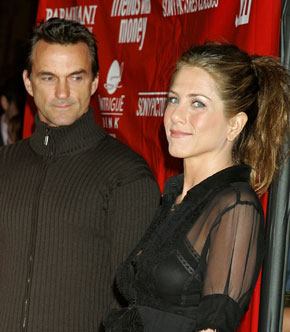 Sooner or later something will be offical from these two. We look forward to the day when we know the truth.

Vince VaughnJennifer Aniston
Around The Web

Friends
Jennifer Aniston, Courteney Cox, and Lisa Kudrow Had an Adorable Friends Reunion at the Emmys
by Kelsie Gibson 1 day ago