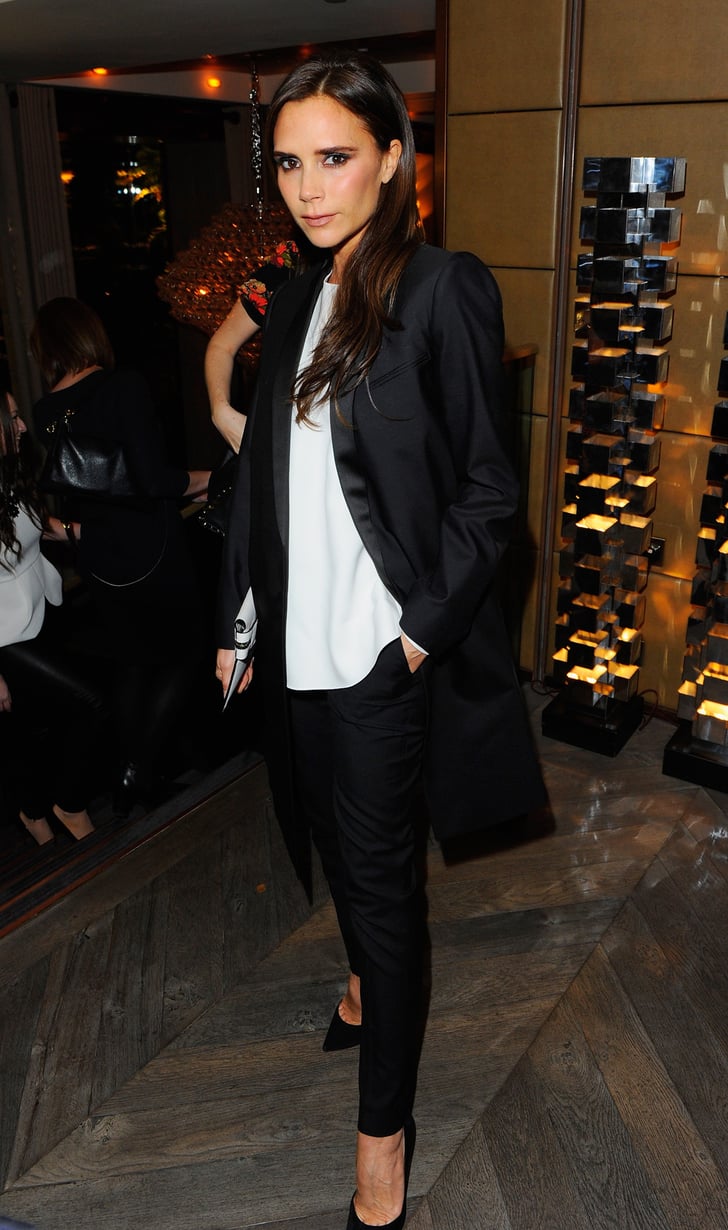 If you're Victoria Beckham, there's no sense in messing with a good thing. The designer struck a familiar pose (with one leg jutting forward, her body slightly turned, and her hair tucked to one side) when she attended a book launch party for friend Kelly Hoppen's new tome, Design Masterclass, in London on Monday alongside her hairdresser Ken Paves. Being a veteran of having her photo taken, Victoria has stuck to this pose when she steps out at special events, including at the 2013 Bambi Awards last week and at Harper's Bazaar's Women of the Year Awards earlier this month.

Victoria's other famous photograph standby, a stern, un-smiling, look, has gained a lot of attention over the years. However, Victoria revealed why she never smiles earlier this year, saying that people "can look daft" when they are always smiling in paparazzi photos. However, she did admit that she smiles in family photos. One thing that might have Victoria smiling this week is that Eva Longoria will be wearing one of her designs at the Global Gift Gala later tonight. Victoria even shared a behind-the-scenes snap of her and Eva getting to work.