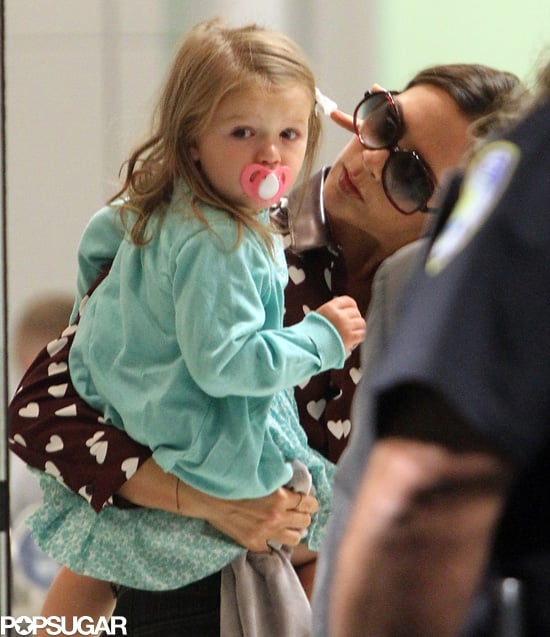 Victoria Beckham and her sleepy daughter, Harper, made the trek to the East Coast yesterday. Harper caught a bit of extra shut-eye in her stroller as she left JFK Airport with her mom. The mother-daughter duo touched down in NYC to take part in the upcoming festivities for New York Fashion Week, which begins on Thursday. Victoria will be debuting her Spring 2014 collection on the catwalk during the week's high-fashion affair, and Harper is sure to accompany her mom to the tents. This will not be the little's one's first foray into NYFW since Harper sat front-row on Victoria's lap at last year's Fall show.

While Victoria will be showing off her new designs, Harper herself may be starting a new trend during NYFW since Victoria gave a sneak peek at the 2-year-old's new fashionable accessory on her Twitter account last week. Victoria posted a picture of a tiny handbag shaped as a dog with a caption that read: "Harper's new doggie bag for fashion week! Thank you Christopher Raeburn." 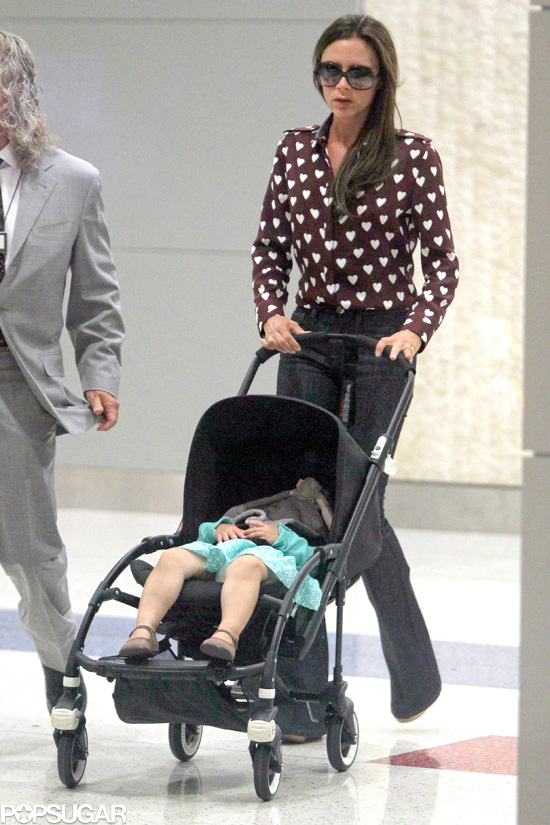