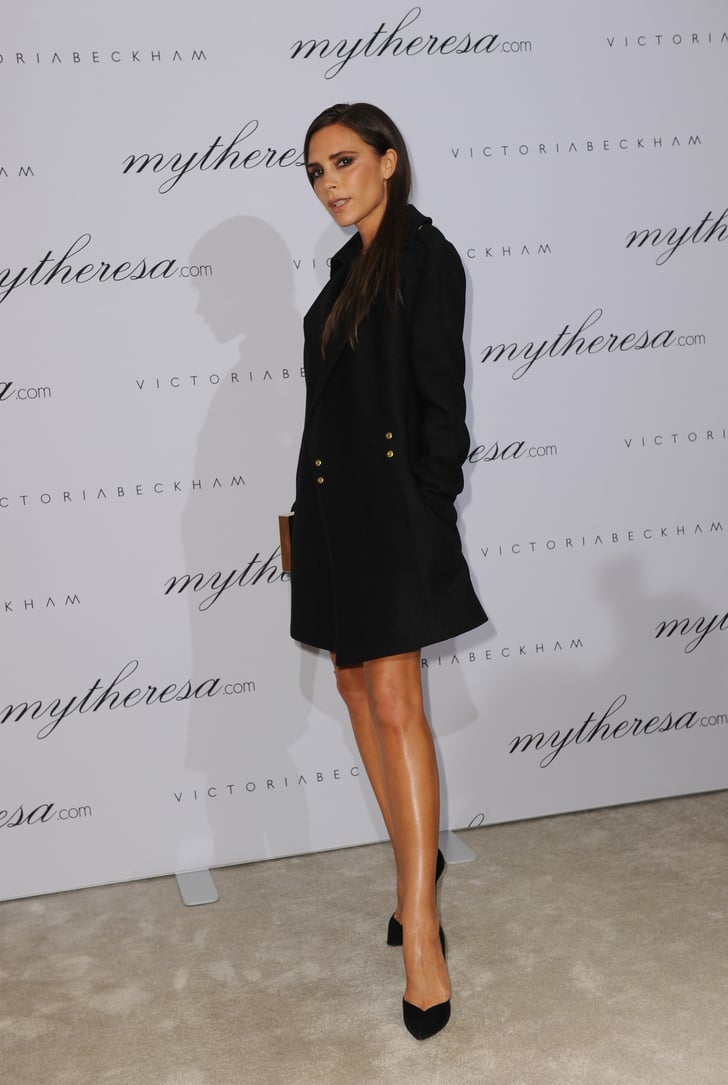 Victoria Beckham struck a pose on Friday at the MyTheresa store in Munich, where she presented her Spring/Summer 2014 Collection, including a line of handbags made exclusively for the retailer. She traveled to Germany yesterday and already stopped in Berlin for the Bambi Awards. Victoria was honored in the fashion category and received her statue from designer Karl Lagerfeld. She later took to Twitter to share her excitement writing, "Thank u Karl Lagerfeld for your beautiful words. This award means so much to me." While Victoria's current designs garnered her recent accolades, one of her fashion statements from the past is also in the spotlight. The diamond and gold tiara Victoria wore during her 1999 wedding to David Beckham is going up for auction. The piece, which is valued around $40,000, will be up for grabs on Dec. 5 at Bonhams in London. Happy bidding!