Victoria Beckham had her son Cruz in her arms yesterday morning for a quick shopping outing to Abercrombie & Fitch. They joined his brothers later that afternoon for David's match with the Galaxy against AC Milan, where he got a nasty reception from some LA fans. Victoria was by his side last night to let off some steam at Hyde, and Tom Cruise joined them for a few hours of fun in the club. The Beckhams rarely appear on the party scene in Hollywood, but after a rough afternoon maybe an evening out was just what David needed. 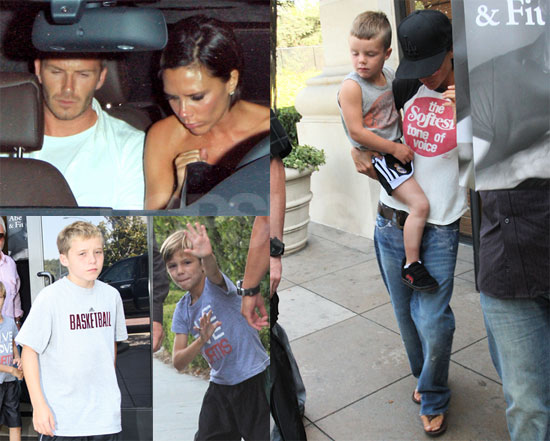 To see more of the Beckhams just read more.

Kobe Bryant
Vanessa Bryant on Managing Her Grief: "My Girls Help Me Smile Through the Pain"
by Murphy Moroney 4 days ago

Britney Spears
Britney Spears Just Shared a Rare Picture of Her Family, and Her Caption Is the Sweetest
by Navi Ahluwalia 6 days ago