Kristen Stewart popped down to LA this weekend for a short day trip before heading back to Vancouver yesterday. She was casual as usual, keeping her black hair pulled back. The trip coincided with the Spike Scream Awards, but she didn't make an appearance despite rumors. We were at the awards and have all sorts of red carpet footage and scoop from inside the show coming up! Until then, watch Kristen on the PopSugar Rush Update now! 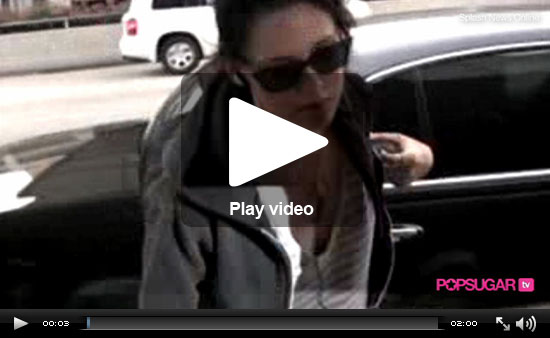 Kristen StewartMovies
Around The Web

Critics' Choice Awards
I'm Sorry, Alan Kim's Emotional Acceptance Speech Was Too Much to Handle
by Perri Konecky 14 hours ago