John Mayer greeted fans on his way out of It's On With Alexa Chung in NYC yesterday. He's busy promoting his new album on the East Coast after touring Australia earlier this month. Today's schedule brought him to the Today Show, where he shared billing with a bright-eyed Robert Pattinson. John performed a couple of songs from Battle Studies — watch the videos after the jump. John's next appearance will be on The Late Show tonight, and it will be accompanied by a webcast performance available live online. 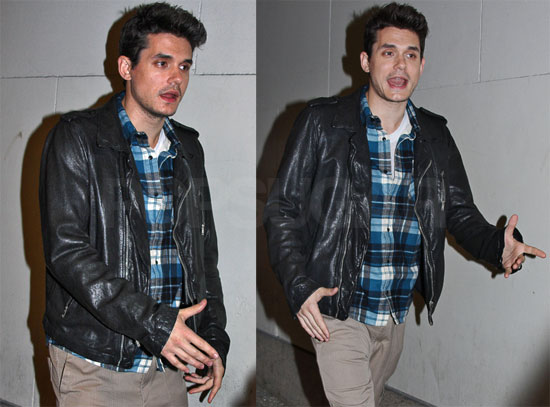 Celebrity Pregnancies
John Legend Shares His Excitement Over Baby Number 3: "It Was a Surprise"
by Alessia Santoro 8/22/20