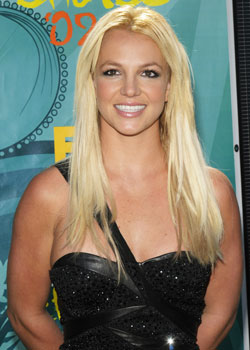 The Britney Spears Glee episode airs this Fall, and fans are wondering whether the pop star will make a cameo after the show's creator Ryan Murphy shared that the concept came from the singer herself. Buzz has Miss Spears on their list of dream guest stars, but Jane Lynch put speculation to rest this week when she spoke to reporters at her wax figure unveiling, saying, "Britney's not in it . . . It's a tribute to her music."

After hugely successful Madonna and Lady Gaga homages last season, Murphy promised to highlight plenty of your favorite Britney songs. We'll be tuning in to sing along, but tell us — were you hoping to see Britney Spears make an appearance on Glee?