The CMA Awards air tonight, and many of our favorite women in country will be taking the stage during the show. Taylor Swift, who is up for Female Vocalist of the Year and whose latest album Speak Now is currently topping the Billboard charts, will reportedly sing "Back to December." Her fellow nominee Carrie Underwood, who is cohosting the night with Brad Paisley, will perform twice. Gwyneth Paltrow will also make her much buzzed-about live singing debut as she belts out the title track from her upcoming movie Country Strong. So tell us — which superstar's performance are you most excited to see? 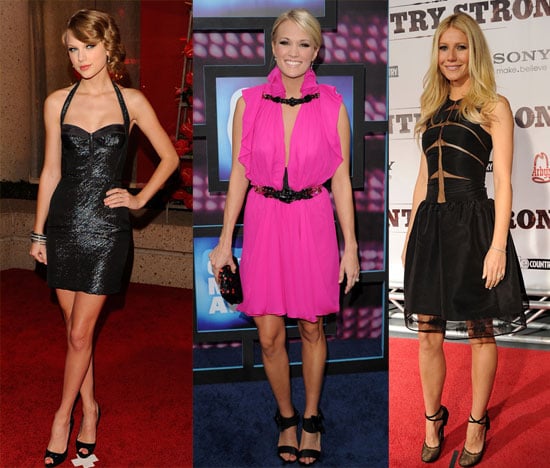