There are just a few hours to go until the action starts at this evening's SAG Awards, and we're hoping the ensemble casts for the films in the running for Best Picture attend together. Nine, Inglourious Basterds, Precious, An Education, and The Hurt Locker are all nominated for the honor, though a few of the big stars, like Brad Pitt and Daniel Day-Lewis, have yet to show up on any red carpets. It would be nice to see everyone out at the same event at least once, so tell us — which cast are you hoping to see at the show? 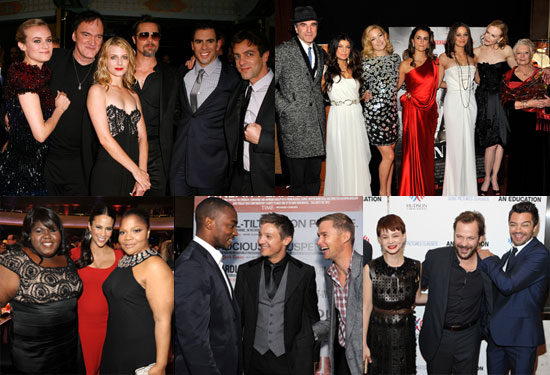 Image Source: WireImage
Around The Web