Adrian Grenier headed out to dinner at Mr. Chow on Thursday with his girlfriend Melissa Keller. We totally prefer to see Adrian with this blonde rather than running around Malibu with Paris. Turns out Adrian was hanging out with Paris to film a documentary on the media and paparazzi. Speaking of Adrian, Entourage is on tonight! In honor of his HBO character, Vinnie Chase, we want to know, which of his fictional movies would you want to see? 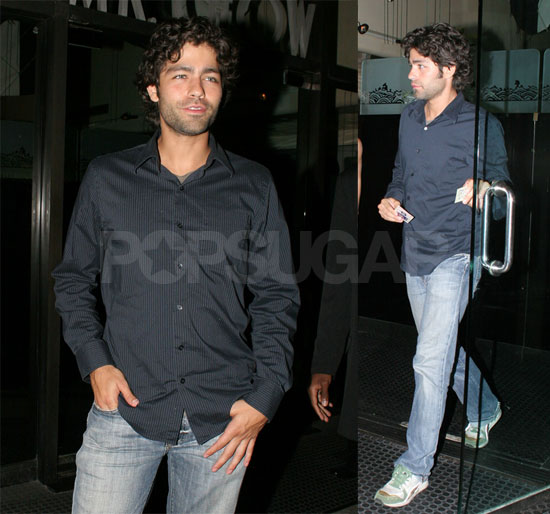