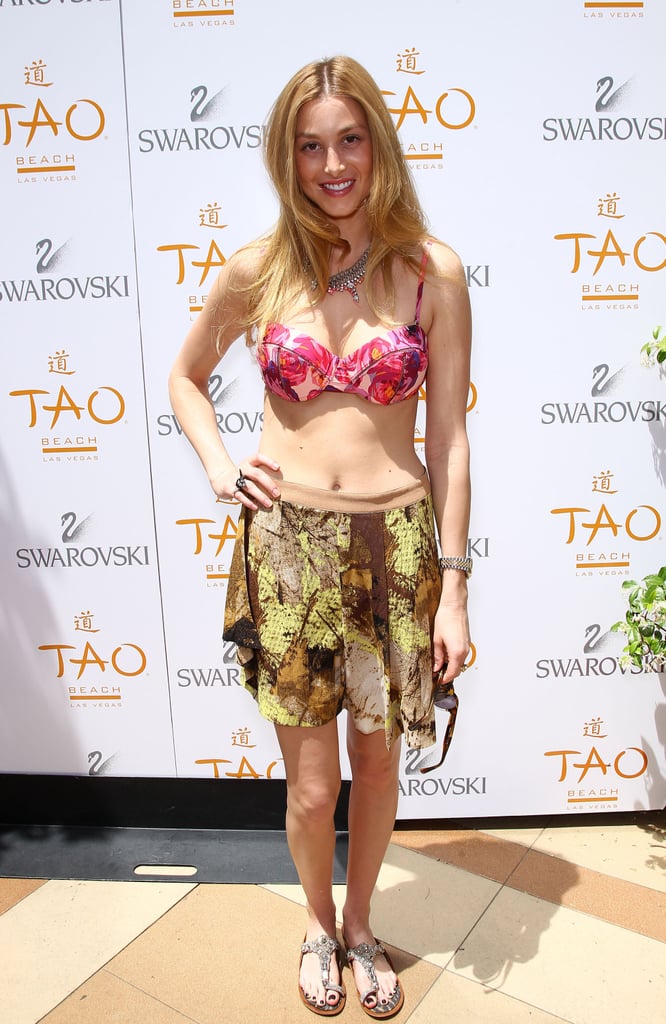 Whitney Port was in a bikini Saturday, showing her bright side in a pink two-piece and little skirt. She was in Las Vegas to host a bash honoring the opening of a Swarovski store in the shops at the Venetian Hotel. Her constant companion, boyfriend Ben Nemtin, wasn't by her side to pose for pictures. Whitney had her girlfriends on hand for the bash and shared a photo of herself and two pals hanging by the pool. Ben is, though, frequently smiling next to Whitney whether they're out enjoying the LA nightlife or chilling in the desert at Coachella. She seemed to have had lots of fun, tweeting yesterday once she was back in Hollywood, "Thank you Vegas for being there for me!"

Previous Next Start Slideshow
Whitney PortBikini
Around The Web