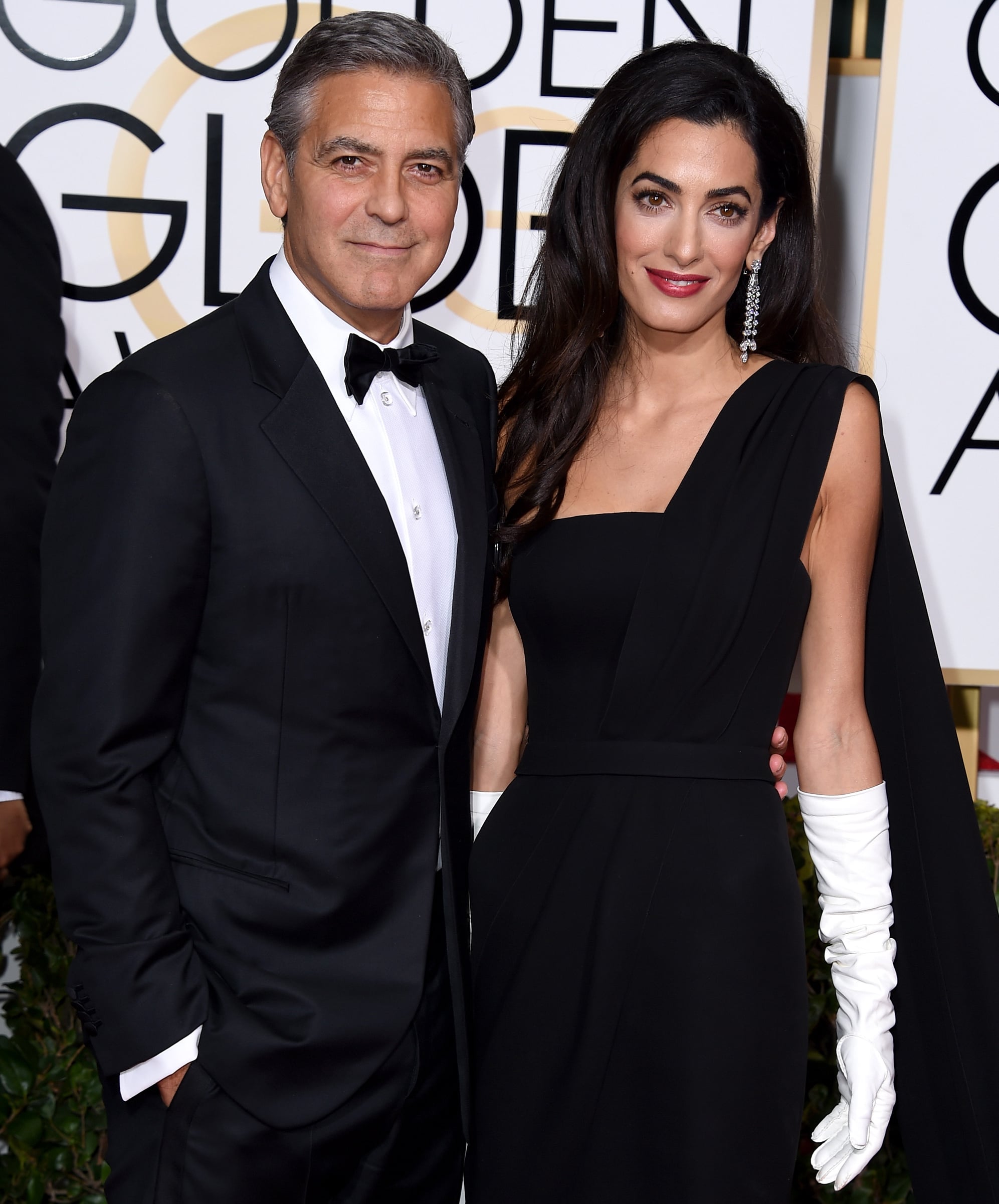 After years of holding on to his bachelor status, George Clooney finally took the plunge and married Amal Alamuddin in Venice, Italy, last September. Since then, they've walked the red carpet at the Golden Globes and Amal has turned heads even without George by her side. It's safe to say interest in the stunning, multilingual lawyer is at an all-time high. Read on for more details about Amal.

Amal's parents are Ramzi and Bariaa Alamuddin. She has three siblings, one sister, Tala, who lives in Singapore, and 2 half-brothers from her father's first marriage.

Amal studied at St Hugh's College at Oxford University and, in 2000, began law school at the New York University School of Law. While at NYU, she also worked as a student law clerk for the current Supreme Court Justice Sonia Sotomayor, who was, at the time, a judge at the US Court of Appeals For the Second Circuit.

After graduating from NYU, she joined the litigation department of New York law firm Sullivan & Cromwell and practiced US and international law there for three years. During her time there, she represented clients in criminal investigations, including the criminal probe of Enron. Amal currently works for the Doughty Street firm in England and specializes in international law, human rights, extradition, and criminal law. Amal is the legal adviser to the King of Bahrain and has also represented WikiLeaks head Julian Assange. She most recently traveled to France to represent Armenia in a genocide trial.

Amal's work has been published in multiple books, including The Law and Practice of the Special Tribunal For Lebanon, which she coedited with Nidal Nabil Jurdi and David Tolbert.

Amal won the Shrigley Award at St. Hugh's College, and during her time at NYU, she was honored with the Jack J. Katz Memorial Award, which is given to the student who has demonstrated the highest excellence in the field of entertainment law. She was also named one of the 21 hottest barristers in London in 2013 by the Tumblr blog Your Barrister Boyfriend.

If you can't get enough of Amal, take a look back at one of her first romantic getaways with George, their stunning Italian wedding, and Amal's envy-inducing style.