Who's That Girl? 6 Things You Need to Know About Kim Sears

Wimbledon champion Andy Murray took home the trophy for men's singles tennis this weekend, becoming the first British male to win since 1936 — and while that is quite the feat, there was someone in the stands who drew comparable attention throughout the tournament: Andy's longtime girlfriend, 25-year-old Kim Sears. Even with all the excitement on the courts, we couldn't help but be drawn to Kim's calm demeanor, fantastic outfits, and perfect blowout — begging the question: just who is she?

We've done some digging and rounded up the six most important things you need to know about tennis's hottest new WAG — including her penchant for painting dogs, aversion to video games, and why she's being compared to Kate Middleton. Click through to see them all now!

Kate Middleton
Yes, Kate Middleton Has Mini Tennis Players All Over Her Dress — How Delightful Is That?
by Sarah Wasilak 7/10/20 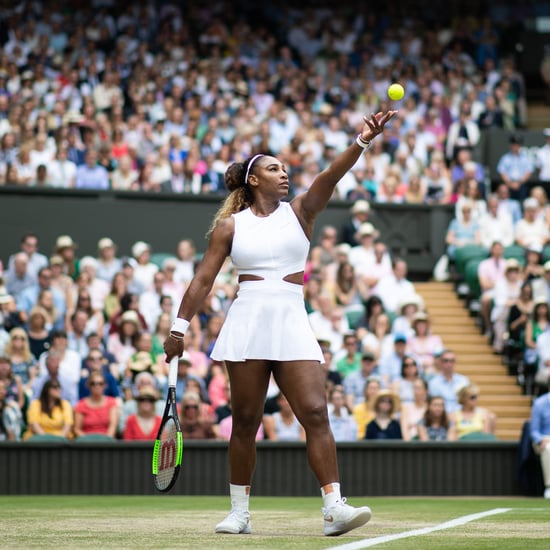