The stars of Fox celebrated their shows last night at LA club My House as part of the TCAs. The Osbournes mingled to support their new reality show while the young and adorable cast of the new show Glee were happy to chat. Joshua Jackson looked fantastic right down to his Adidas shoes and beyond just chatting about the future of Fringe, Josh joked around a little about when it's appropriate to hit on girls, and how he always stars in shows that are set in Massachusetts but never shoot there (Dawson's was in NC, Fringe in NYC). Here's some highlights from Josh: 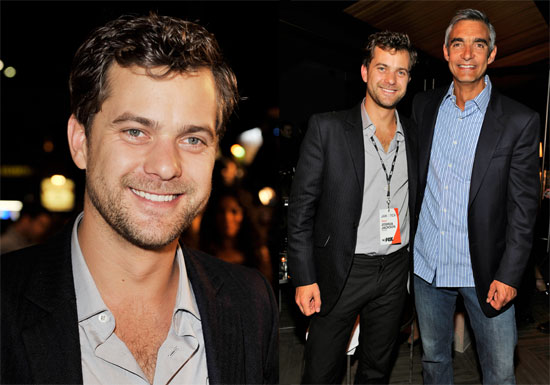 To see what he has to say about Dawson's vs Fringe and working with JJ plus more from the party including Keifer, Will Arnett, Eliza Dushku, Brian Austin Green and others just read more.

Joshua Jackson
Around The Web