NO PURCHASE NECESSARY TO ENTER OR WIN. MAKING A PURCHASE DOES NOT INCREASE YOUR CHANCES OF WINNING. ODDS OF WINNING WILL DEPEND ON THE TOTAL NUMBER OF ENTRIES RECEIVED. VOID WHERE PROHIBITED BY LAW OR WHERE BONDING, REGISTRATION, OR OTHER REQUIREMENTS WOULD BE REQUIRED BUT HAVE NOT BEEN MET. AFFIDAVIT OF ELIGIBILITY AND RELEASE OF LIABILITY FORM MAY BE REQUIRED.

Enter to Win a $500 Sephora Gift Card and Halloween Makeup OFFICIAL CONTEST RULES (the “Contest”) is sponsored by POPSUGAR Inc. (owner and operator of POPSUGAR Studios and popsugar.tv) and having an address of 111 Sutter Street, Suite 850, San Francisco, CA 94104 (“Sponsor”).

The Contest is open only to permanent, legal residents physically residing in one of the fifty (50) United States of America and the District of Columbia, excluding the state of Rhode Island and excluding all United States of America territories and possessions and all overseas military installations. All entrants must be: (i) at least eighteen (18) years of age at the time of entry and (ii) the age of majority in entrant’s respective state of residence as of the date of entry. Employees of Sponsor and its respective parents, affiliates, subsidiaries, and advertising and promotion agencies and any other entity involved in the development or administration of this Contest, and their immediate family members (defined as spouses and biological, adoptive or step-parents, legal guardians, children, siblings, or grandparents, their respective spouses and any dependent under federal income tax law) or household members are not eligible to participate in or win the Contest. Winners may be required to sign an Affidavit of Eligibility and complete relevant tax forms as a condition to the delivery of the applicable prize. Void where prohibited by law. All applicable federal, state and local laws apply.

2. Post a comment on our Contest video (“GIVEAWAY - $500 Sephora Gift Card and Halloween Makeup! Trick or Treat!”) answering one of the two following questions: (1) What is the biggest trick you've ever pulled? or (2) What are you going to be for Halloween? Entries will be considered valid only if entrant is a subscriber of POPSUGAR Girls’ Guide on YouTube at the time of winner selection. Only one (1) entry per person, per day is permitted during the Entry Period.

Normal time, toll, connection and usage rates, if any, charged by your Internet service provider will apply. All entries become the property of the Sponsor. Entries generated by script, macro or other automated means are void. Becoming a YouTube subscriber of POPSUGAR Girls’ Guide and posting a comment on POPSUGAR Girls’ Guide’s Contest video in accordance with the entry process on youtube.com, you will be agreeing that your registration and any other information collected in connection with the Contest may be used by Sponsor in accordance with Sponsor’s Privacy Policy, a current copy of which can be found here: http://www.popsugar.com/privacy. Sponsor expressly reserves the right to disqualify any entries that it believes in good faith are generated by an automated program or via scripts.

At the end of the Entry Period, there will be one (1) drawing in which one (1) winner shall be selected from all eligible entries received during the Entry Period by employees or representatives of the Sponsor to receive: (i) one (1) Sephora gift card (approximate retail value: $500) and (ii) one (1) case of Halloween makeup (estimated retail value: $100). If a potential Grand Prize winner forfeits or does not claim the prize, prize will be re-awarded, in Sponsor’s sole discretion. Other restrictions may apply. Decisions of the Sponsor are final and binding with respect to all matters related to the Contest. All prizes will be awarded. In no event shall the Sponsor be obligated to award more prizes than the number of prizes stated in these Official Contest Rules. No substitutions (including for cash) are permitted, except that Sponsor reserves the right to substitute a prize of equal or greater monetary value for any Grand Prize. Winners shall be responsible and liable for all federal, state and local taxes on the value of their prize. If required by Sponsor, the winner must complete and return to Sponsor an IRS Form W-9 that reflects winner’s taxpayer identification number or social security number. The winner will receive from Sponsor an IRS form 1099-MISC at the end of the calendar year, and a copy of such form will be filed with the IRS. To receive a complete list of winners or a copy of the Official Contest Rules, send a self-addressed stamped envelope to Prize Fulfillment, POPSUGAR Inc., 111 Sutter Street, Suite 850, San Francisco, CA 94104. Specify winner's list or rules and the name of the Contest on your request.

At the end of the Entry Period, the winning entries will be judged and evaluated by POPSUGAR employees and partners. The judges will select the one (1) entry that, in the judges’ sole discretion, contain product suggestions most relevant to POPSUGAR Girls’ Guide viewers and are wholly compliant and consistent with these Official Contest Rules, the YouTube Terms of Service and the YouTube Community Guidelines. The number of eligible entries received determines the odds of winning. The Contest will be conducted under the supervision of the Sponsor. The decisions of the Sponsor are final and binding in all matters relating to this Contest. The winners will be notified by a direct message to the winner’s YouTube account. Notwithstanding the foregoing, Sponsor reserves the right to determine the method of notification. Winners must claim their prize within seventy-two (72) hours after the date of notification of such prize. A Contest winner's failure to respond to the prize notification within the specified seventy-two (72) hours will be considered such Contest winner's forfeiture of the prize and an alternate winner may be selected from the pool of eligible entries. If an entrant is found to be ineligible, an alternate winner may also be selected from the pool of eligible entries. Sponsor reserves the right to ship prizes directly to the email and/or mailing address provided by winners during their entry to the Contest. Each entry submitted in response to the Contest and in accordance with these Official Contest Rules will constitute an official entry. Only one (1) entry per day per person is permitted during the Entry Period. Duplicate entries will be void. All entrants agree to abide by these Official Contest Rules.

INDEMNIFICATION: BY ENTERING THE CONTEST, ENTRANTS FOREVER AND IRREVOCABLY AGREE TO DEFEND, INDEMNIFY, RELEASE AND HOLD HARMLESS EACH OF SPONSOR AND YOUTUBE AND THEIR RESPECTIVE DIRECTORS, OFFICERS, EMPLOYEES, SHAREHOLDERS, AGENTS, REPRESENTATIVES, SUCCESSORS AND ASSIGNS (COLLECTIVELY “RELEASEES”) FROM AND AGAINST ANY AND ALL LIABILITIES, LOSSES, COSTS, EXPENSES, DAMAGES, RIGHTS, CLAIMS, LAWSUITS, PENALTIES, PROCEEDINGS, JUDGMENTS AND ACTIONS OF ANY KIND ARISING IN WHOLE OR IN PART, DIRECTLY OR INDIRECTLY, FROM THE CONTEST, ENTRY, PARTICIPATION OR IN ABILITY TO PARTICIPATE IN ANY CONTEST-RELATED ACTIVITY (INCLUDING, WITHOUT LIMITATION, THE REMOVAL FROM THE SITE OF, OR DISCONTINUATION OF ACCESS TO, ANY MATERIALS), OR RESULTING DIRECTLY OR INDIRECTLY, FROM ACCEPTANCE, RECEIPT, DELIVERY, POSSESSION, DEFECT, USE, INABILITY TO USE OR MISUSE OF ANY PRIZE AWARDED IN CONNECTION WITH THE CONTEST, INCLUDING WITHOUT LIMITATION PERSONAL INJURY, DEATH, AND/OR PROPERTY DAMAGE, AS WELL AS CLAIMS BASED ON PUBLICITY RIGHTS, DEFAMATION, AND/OR INVASION OF PRIVACY.
GENERAL CONDITIONS AND RELEASES:

GENERAL CONDITIONS AND RELEASES: An entrant or winner may be disqualified from the Contest if he or she fails to comply with each provision of these Official Contest Rules, as determined in the sole discretion of the Sponsor. Participation in the Contest is at entrant’s own risk. By receipt of any prize, the applicable winner and his or her guest, if any, agrees to release and hold harmless Releasees for 1) failed, returned or misdirected notifications based on inaccurate information provided by the winner on the Contest entry form) entries and responses to winner notifications which are lost, late, incomplete, illegible, unintelligible, postage-due, misdirected, damaged or otherwise not received by the intended recipient in whole or in part or for computer or technical error of any kind, 2) any electronic miscommunications or failures, technical hardware or software failures of any kind, lost or unavailable network connections, or failed incomplete, garbled or delayed computer transmissions which may limit an entrant's ability to participate in the Contest, 3) any technical malfunctions of the telephone network, computer on-line system, computer equipment, software, program malfunctions or other failures, delayed computer transactions or network connections that are human, mechanical or technical in nature, or any combination thereof, including any injury or damage to entrant's or any other person's computer related to or resulting from downloading any part of this Contest or 4) any warranty of fitness or merchantability of any prize or the function or operation thereof. Releasees do not make any, and hereby disclaims any and all, representations or warranties of any kind regarding any prize. Unless prohibited by applicable law, the acceptance of the Grand Prize by the winner constitutes his/her permission for the Sponsor to use his/her name, voice, likeness, address (state) biographical information and testimonials for advertising and/or publicity purposes in connection with this Contest only, worldwide and in all forms of media now known or hereafter developed, in perpetuity, without further compensation.  By entering or accepting a prize in the Contest, winner agrees to be bound by these Official Contest Rules and to conform to all federal, state and local laws and regulations. Winner may be required to furnish proof of identity, address and birth date in order to receive a prize. Any person attempting to defraud or in any way tamper with this Contest will be ineligible for prizes and may be prosecuted to the full extent of the law. Sponsor reserves the right to modify these Official Contest Rules in any way or at any time. Sponsor reserves the right, in its sole discretion, to modify, cancel or suspend this Contest should viruses, bugs or other causes beyond Sponsor’s control corrupts the administration, security or proper play of the Contest, or for any reason that Sponsor believes in good faith would be fair to the entrants and the conduct of the Contest. In the event of cancellation or suspension, Sponsor shall promptly post a notice on the Contest entry page to such effect. This Contest shall be governed by California law without regard to its conflicts of laws provisions. By participating in this Contest, entrants hereby irrevocably consent to exclusive jurisdiction and venue in the state and federal courts of San Francisco, California for any dispute or litigation arising from or relating to this Contest.

YouTube is not a sponsor, nor is it affiliated with the Contest.

Giveaway
Around The Web 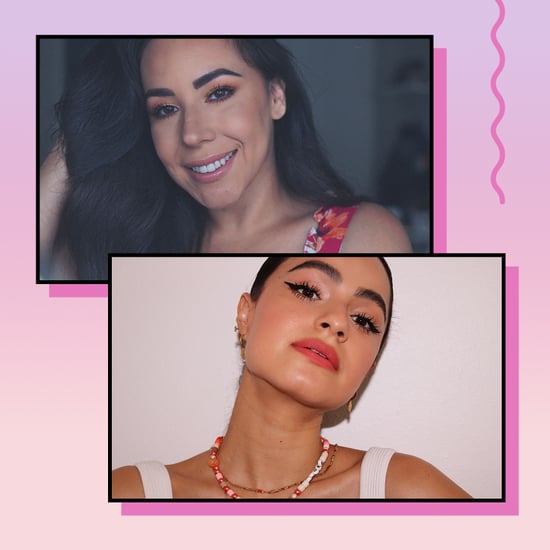 e.l.f. Cosmetics
RSVP to a Live Chat With Lynette Hernandez and Amy Serrano on the POPSUGAR Beauty Instagram
by Maya Berry 2 weeks ago 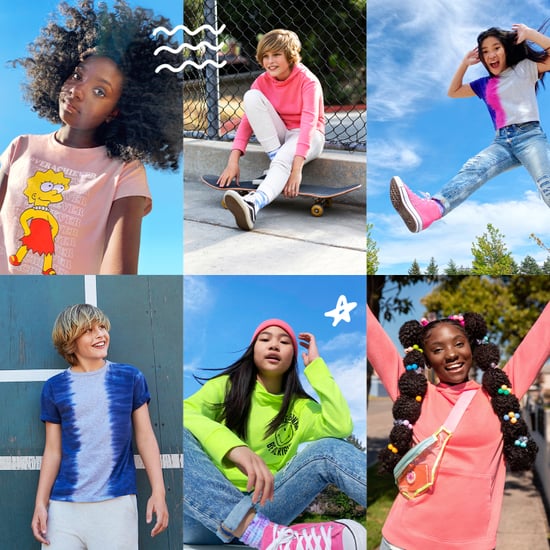 Giveaway
Enter For a Chance to Win $2,000 to Start the School Year Off in Style
by Maya Berry 8/07 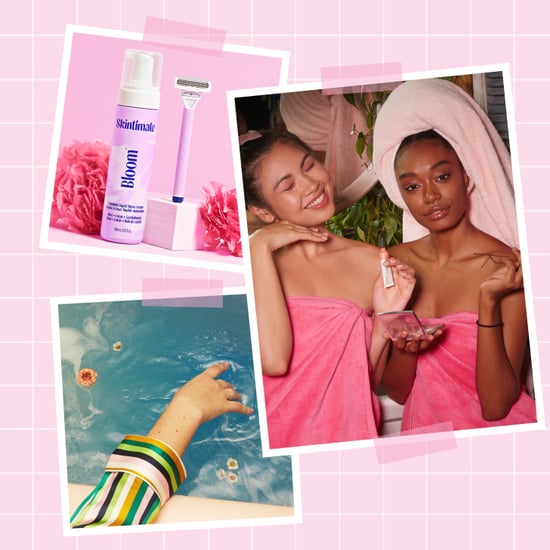 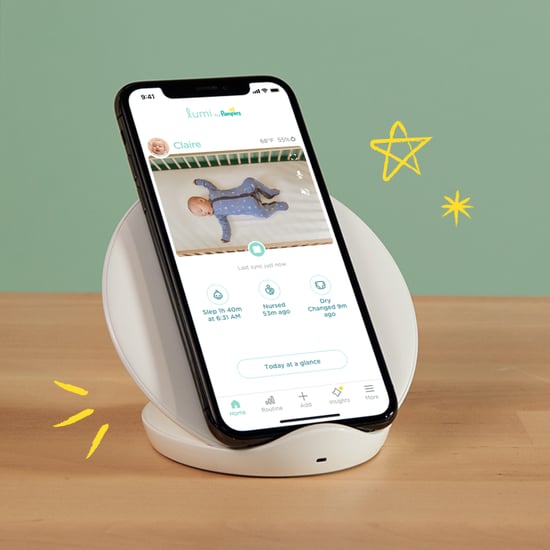 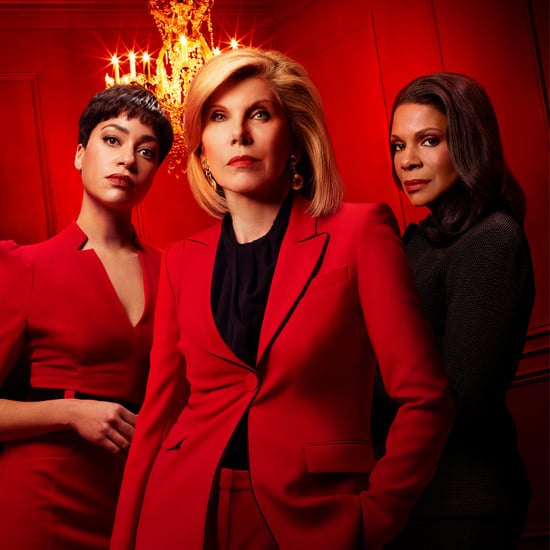 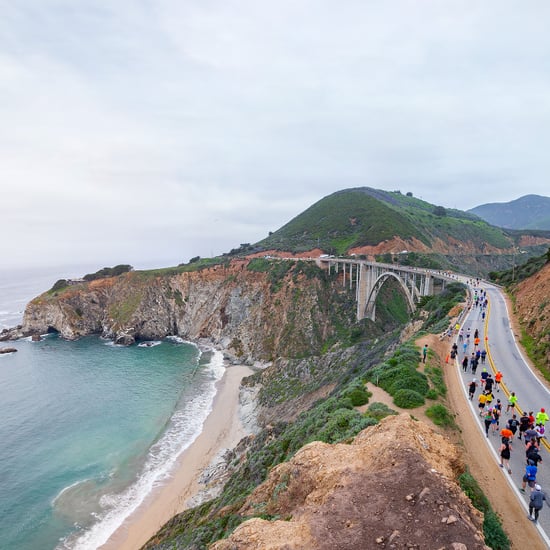