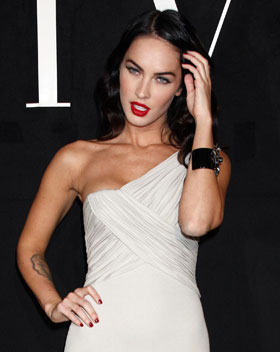 Victoria Beckham has been making headlines for her upcoming appearance on American Idol, but one place it looks like we won't be seeing her is back as the face of Armani — she's apparently declined renewing her contract with the fashion label. Giorgio is said to be looking to someone else, namely Megan Fox, who made a conspicuous appearance at his show during the last Milan Fashion Week. So, tell us — would you like to see Megan replace Victoria as the face of Armani?