Kellan Lutz was just in NYC for Cosmo's Fun Fearless Males party, and while on the red carpet he opened up about his legendary exercise routine. He's already found a fan in Peter Facinelli and, apparently, also Robert Pattinson. Kellan said, "He asks me what I do to work out because he wants man-boobs like me. I just tell him I like doing pushups." We've see Rob's fine form before, but evidently he thinks there's room for improvement. So, tell us what you think — would you like to see Robert with Kellan's body? 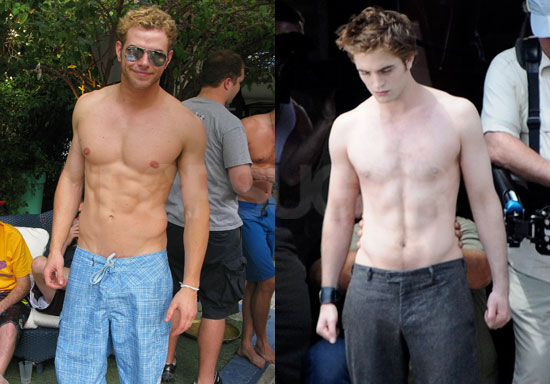