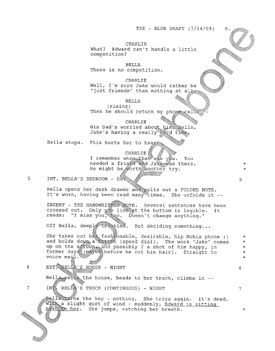 An alleged copy of the Eclipse script has been making the rounds on the Internet, after a version belonging to Jackson Rathbone was apparently taken and uploaded. It's not the first time a Twilight manuscript fell into the wrong hands — a similar thing happened last year when a St. Louis fan found pages with the text from New Moon buried in a dumpster. It's unclear if this copy of Eclipse is the real deal, but many fans are understandably eager to get their hands on anything related to the next film in the series. So, tell us what you think — would you read the leaked script?

Jackson RathboneTwilight
Around The Web