Kristen Stewart will share the big screen with Tom Sturridge, Garrett Hedlund, and Sam Riley in her upcoming movie On the Road, and BuzzSugar just got their hands on the first stills from the film! Garrett plays Dean Moriarty in the film, the leading man who's Kristen's romantic interest. It will be quite a different vibe from her love affair with Robert Pattinson's Edward Cullen in the Twilight films, and it could be interesting to see how her chemistry is with another hot up-and-coming actor. So, tell us — are you excited to see Kristen coupled up with someone new on the big screen? 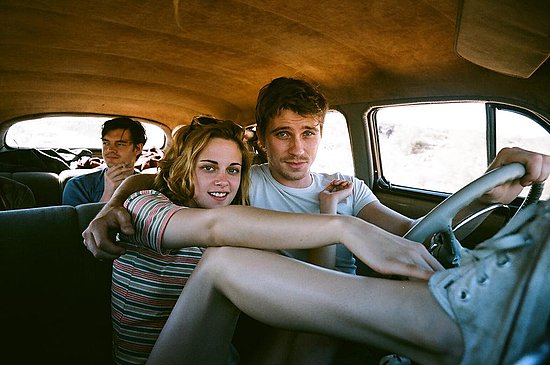