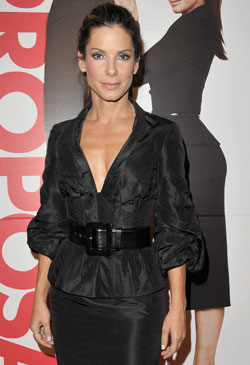 Sandra Bullock announced the end of her marriage to Jesse James this morning with a sensational cover story in People magazine, in which she revealed both her intention to divorce as well as her adoption of son Louis Bardo Bullock. Jesse also shared his thoughts in a carefully worded statement, his second public comment after addressing his alleged infidelity shortly after the scandal broke. Sandra stayed largely quiet except for quickly addressing rumors of a sex tape, so her lengthy interview today was a huge surprise. She appears to have found light in her life with baby Louis, but tell us what you think — are you glad Sandra Bullock spoke out?