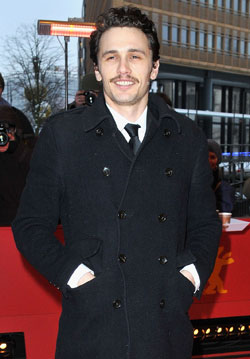 James Franco has established himself as quite the Renaissance Man — he's getting two Master's Degrees while working on movies like 127 Hours and Your Highness, he's a Gucci model and he's created short films that screened at the Berlin and SXSW Film Festivals. He's also dabbled in daytime TV with his stint on General Hospital, which was actually part of a larger performance art piece that he explained in the Wall Street Journal. His latest effort is a short story that was just published by Esquire. The piece, called "Just Before the Black," is the first to be released from James's forthcoming book called Palo Alto. It's pretty hard to keep track of his many projects, but tell us — are you interested in James Franco's writing?

Celebrity Quotes
BTS Finally Sheds Light on Their Relationship Status: "Our Love Life . . . Is With All the ARMYs"
by Grayson Gilcrease 5 days ago