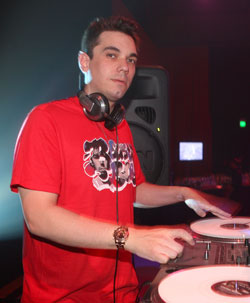 DJ AM's final project, his documentary series Gone Too Far premieres tonight on MTV. There was some debate over whether MTV should air the show after DJ AM's death over the Summer, but at the blessing of his family the eight part series will go on. Buzz has a heart wrenching preview of what we can expect as we see Adam help young drug addicts, which ultimately in part led him back down a path to his own accidental drug overdose. MTV has always tried to make a name for itself airing edgy and real life shows, but this one seems like it will be particularly difficult to watch considering the grave outcome. So tell us, will you be tuning in to watch DJ AM's Gone to Far tonight?

Image Source: Getty
DJ AM
Around The Web