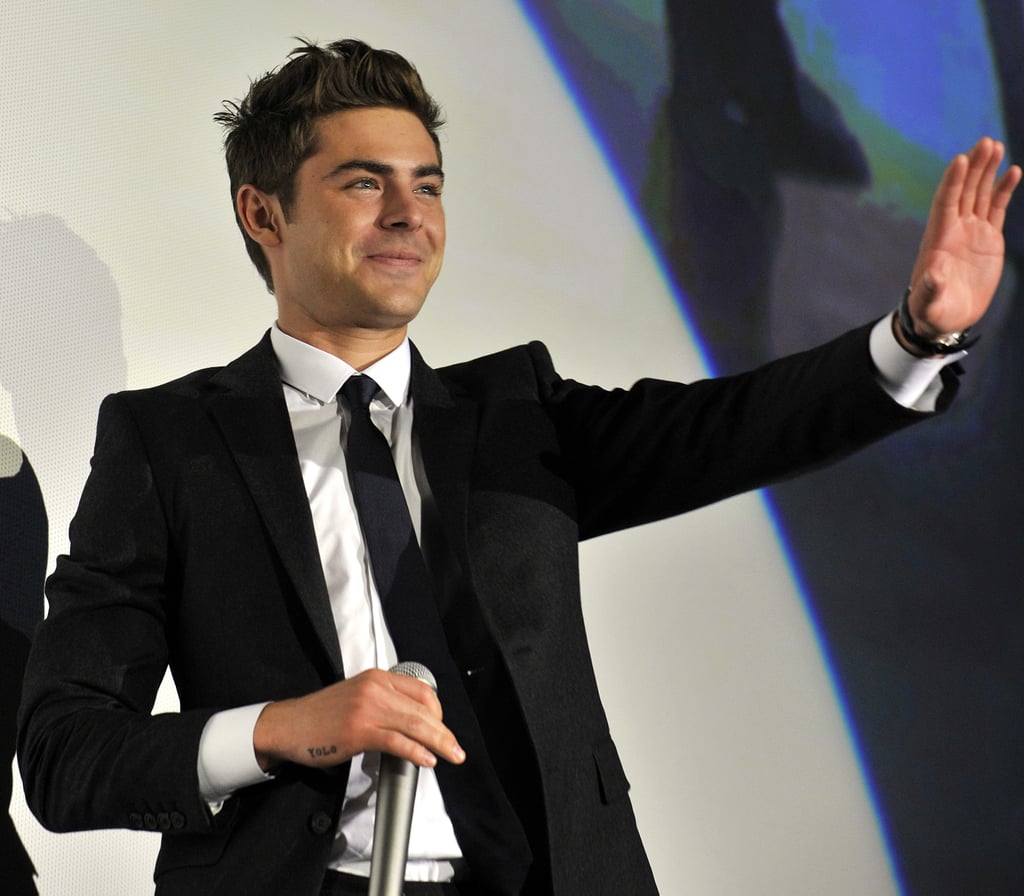 Zac Efron hosted a screening of his latest film, New Year's Eve last night, before sitting down with press this morning in Tokyo. The romantic comedy took the top place at the box office last weekend, though Zac and his costars will have some stiff competition this weekend when Sherlock Holmes: A Game of Shadows and Mission Impossible — Ghost Protocol join the mix of holiday offerings.

Zac debuted his latest tattoo on his right hand during today's promotional appearance. The YOLO design reportedly stands for "you only live once," and it joins a hot feather tattoo inked inside Zac's bicep. Zac's arm muscles and six-pack make him a serious contender for the hottest shirtless star of 2011. He topped our shirtless bracket over the Summer, but he'll need your votes if he's going to overtake the current poll leader, Robert Pattinson.

Janelle Monáe
Shrouded in Mystery, Antebellum Bungles Its Setup and Miserably Fails Its Twist Ending
by Grayson Gilcrease 5 hours ago