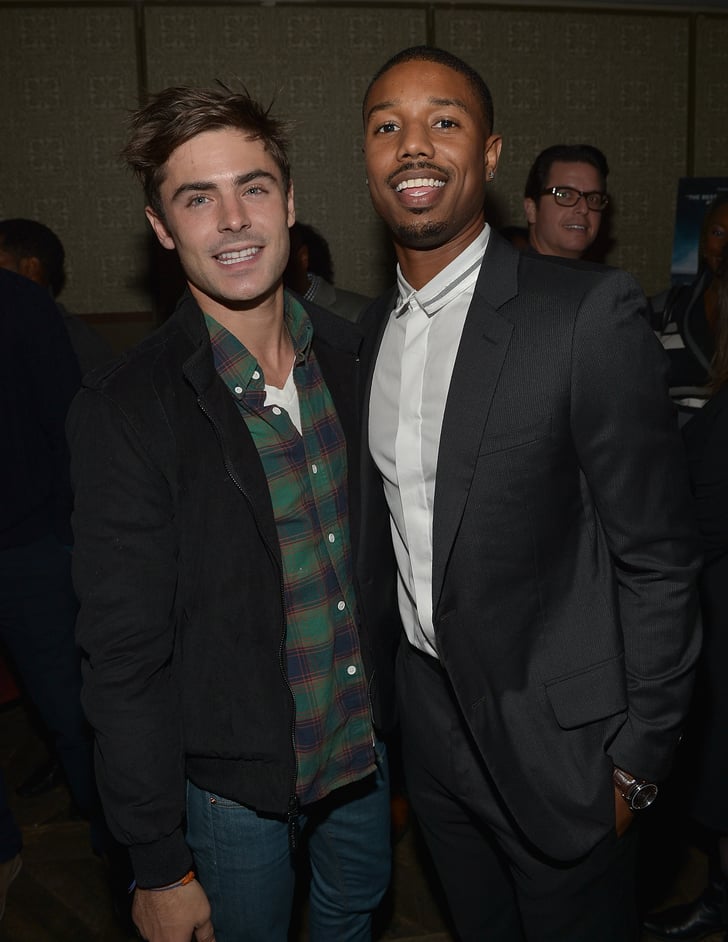 Michael B. Jordan was the guest of honor at a Vanity Fair event at LA's Soho House on Monday night. The actor was feted for his role as Oscar Grant III in this year's Fruitvale Station and was joined by his costar Octavia Spencer and the film's director, Ryan Coogler. Also on hand for the event was Forest Whitaker — who produced the powerful true-life story — as well as Zac Efron, who showed up to support his pal Michael. While Zac doesn't technically have a connection to the movie, he and Michael have likely struck up a close friendship; the two star together in the upcoming comedy That Awkward Moment and have been traveling side by side to promote the funny film before its Jan. 31 release.

Aside from his comedic turn, Michael's compelling performance in Fruitvale Station has earned him much award-season buzz. He kicked things off at last month's Hollywood Film Awards, where he picked up the spotlight award, and recently participated in an award roundtable for The Hollywood Reporter with industry heavyweights like Matthew McConaughey and Jake Gyllenhaal.

Zac Efron
Does Zac Efron Have Any Tattoos? The Answer Is Surprisingly Complicated
by Jessica Harrington 12 hours ago

Black Panther
Michael B. Jordan Honors Chadwick Boseman in a Heartfelt Statement: "You Are My Big Brother"
by Yerin Kim 8/31