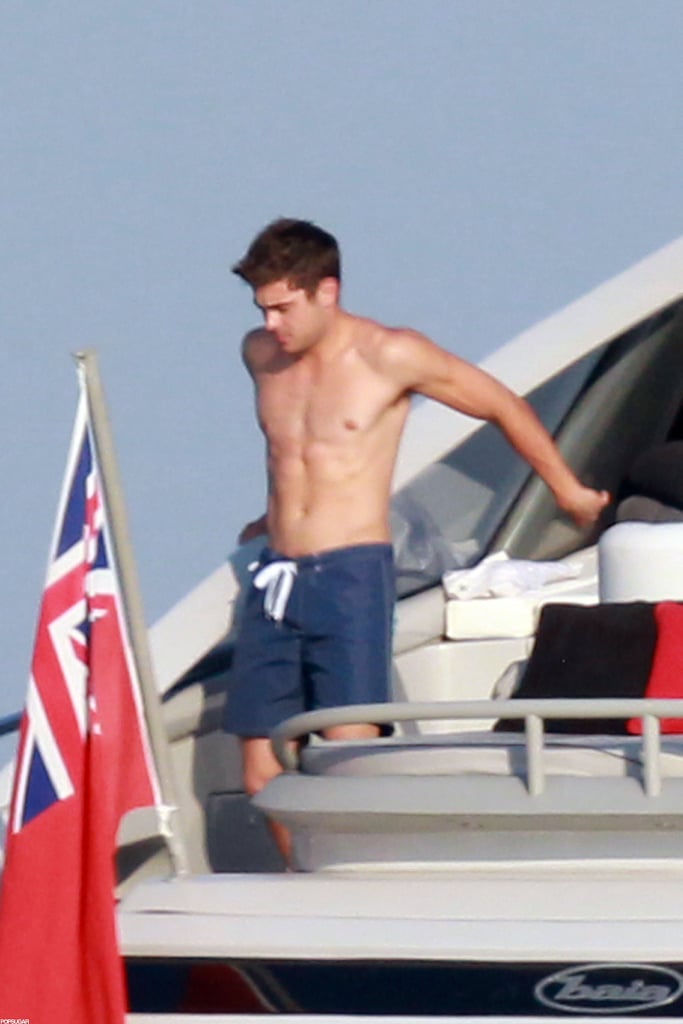 Zac Efron marked the Fourth of July with friends in the French Riviera today. The actor, sporting bright blue Ray-Bans and a mustache, was spotted having lunch with a group of guys at St.-Tropez's Club 55. The restaurant is a favorite among celebs, and after the meal, a barefoot Zac made his way down the dock and hopped in a waiting boat. Once on his yacht, Zac stripped down to show off his sexy six-pack. He lounged shirtless on the deck and chatted with friends.

This is the second trip to the South of France that Zac's made in recent months. He also attended the Cannes Film Festival in May in support of his upcoming movie The Paperboy. Zac's current trip overseas meant he missed out on his friend and former High School Musical costar Ashley Tisdale's 27th birthday party earlier this week in Malibu. Zac was on hand for the festivities last year, but this time around, Ashley celebrated with a bikini-clad Selena Gomez and her boyfriend, Scott Speer.

Previous Next Start Slideshow
Zac EfronCelebrity Vacations
Around The Web