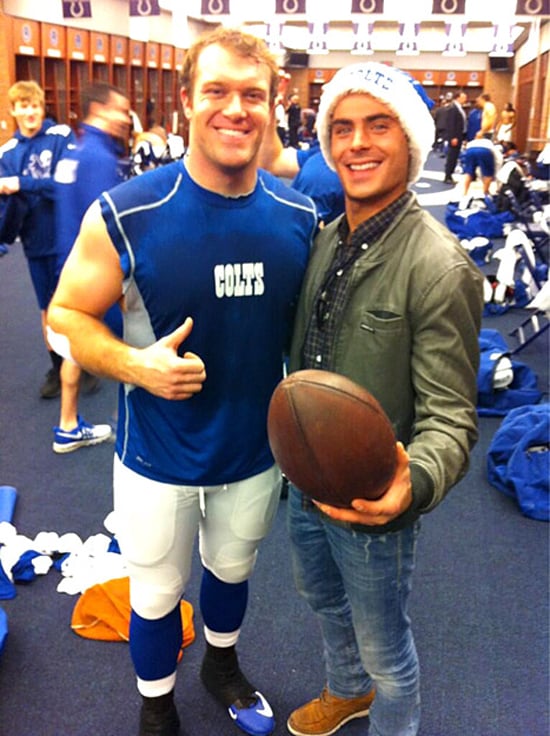 Zac Efron is getting his head — and his swoon-worthy smile — back in the game postinjury. After breaking his jaw in November, the High School Musical star has been lying low, but on Sunday he debuted his grin at the Indianapolis Colts game while hanging out with player Matt Overton in the locker room. "Winning feels so damn good! Zac Efron came to party too," Matt tweeted with the picture above of Zac in a Santa hat carrying a football. (The picture was deleted shortly afterward.) Considering this was taken a little more than a month after his painful injury, it looks like Zac is on the road to a fast recovery, and the wires are all gone. It's perfect timing as not only an early holiday gift, but now he can also show off that smile while promoting That Awkward Moment, his new film premiering Jan. 31 with Miles Teller and Michael B. Jordan.

The football game was Zac's second public appearance postinjury, after a skateboarding excursion earlier this month. 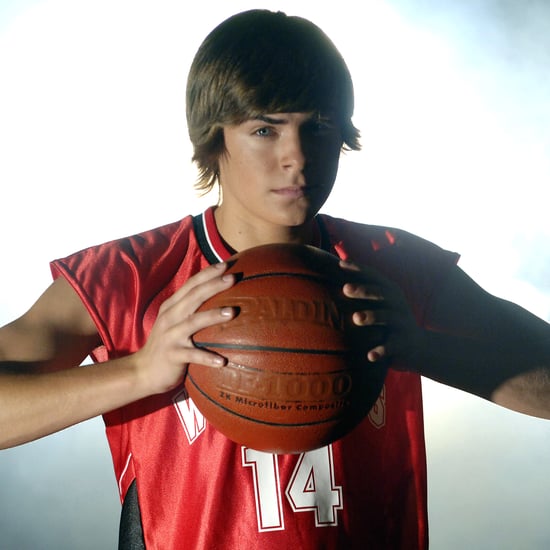