In this week's funniest celebrity tweets, everything is just falling apart. Zach Braff did the one thing TLC warned us not to, while Kat Denning scratched her eye in the strangest way possible. Also, find out who's giving us plenty of nightmares with her own version of American Horror Story, and who might be losing her hair today. It's all in our roundup of the most hilarious tweets of the week! 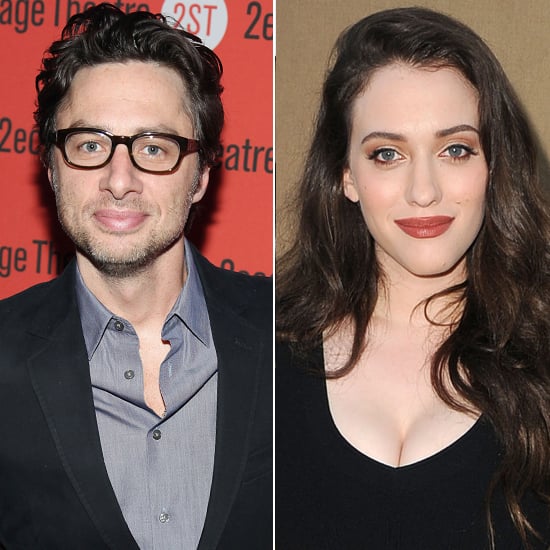 TLC warned you, Zach, but you just had to do it, didn't you?!

You guys, I just chased a waterfall. Don't do it.

Sounds like Kat Dennings's cornea is having a rough (yet satisfying) week.

Imagine the turmoil LA would be in after the closure of all gyms. Just think about it.

Wife not buying that government shutdown includes all gyms.

Sounds like Mindy Kaling's being tortured in the worst and most unique way possible.

Check out the rest of our favorite funny tweets when you read on!


Anna Kendrick definitely knows a humblebrag when she sees one.

"It's an inherently British thing to not boast" - something almost every Brit has said to me. (And, the ultimate humblebrag.)

Thanks a lot, Julie. Here come weeks and weeks of horrific nightmares.

American Horror Story: A Whole Treat Bag Filled Only With Fun Size Butterfingers And That's It

File under: most appropriate moment to use the phrase "doggone it!"

This is the third shower in a row that I've used dog shampoo. If it's all gonna fall out, today is the day!

No wonder so many children have been bursting into flames lately!

In other news, Kristen Bell's skirts continue to weep quietly and inconsolably in their drawer.

The older I get, the more I’m like “Skirts? Yeah right.”

Oh, totally. Have you ever been to that club called the Louvre? It's insane.

I like how Britney says "party in France" as if all of France is a party destination.

@mindykaling "they didn't have ice cream, so I got sour cream."

Is it more or less embarrassing to order so much food that they just assume it's for two people?

You might want to work in some violent sobbing to burn a few extra calories.

Is it cardio if you try on a bikini and have a panic attack for 20 minutes?

Wait, but this is a valid point. Motion to outlaw pants on TV!

Why do people at home on TV have their pants on?